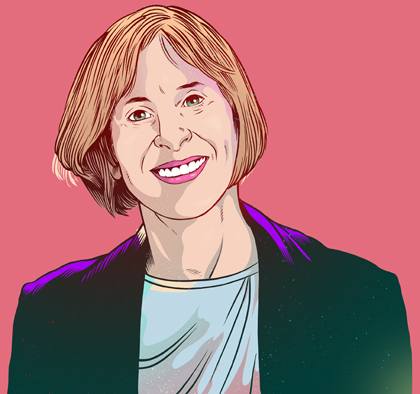 Savills Studley has hired Susan Kurland from CBRE and David Gialanella from Cushman & Wakefield to bolster the firm’s retail division, which had no New York City-based brokers, Commercial Observer has learned. Ms. Kurland brought with her Victoria Oliva from CBRE. The trio started this week at the offices at 399 Park Avenue, a building spanning one full block from Lexington to Park Avenues and East 53rd to East 54th Streets.

“Savills Studley has developed an unparalleled breadth of advisory services, which is emphasized by the addition of these experienced and talented retail professionals. This team’s broad global experience fits into our plans to integrate our U.S. offering with the international platform of Savills,” Michael Colacino, the president of Savills Studley, said in prepared remarks.

Ms. Kurland joins Studley as an executive vice president and co-head of Savills Studley’s global retail services group. “She will work closely with the company’s retail leadership teams [internationally] to expand the Savills brand worldwide,” according to a Savills Studley release. And Mr. Gialanella came on board as an executive managing director in the group after 20 years at C&W. He “will focus on building the multi-market, cross-border business working closely with the global retail services group and New York leaders to develop new clients and to expand existing relationships,” the release indicates. Ms. Oliva is a managing director in the group.

“The Savills Studley brand is defined by innovation and creative problem solving, something we are very much akin to what we see is important in the retail business,” Ms. Kurland said in a statement.

Mr. Gialanella was the head of the New York tri-state region for DTZ before it merged with C&W. And then he became an executive vice president.

The existing Savills Studley retail broker, Bill Bauman, who is based in the Los Angeles office, is now a co-head of the global group alongside Ms. Kurland. He covered the whole west coast while a few retail brokers based in  Savills Studley’s Hackensack, N.J. office handled the east coast.

Savills Studley has been expanding its North American operations with four new offices in the U.S. and the opening of the company’s first office in Canada.

A spokeswoman for CBRE declined to comment and spokesmen for C&W didn’t immediately respond to requests for comment.