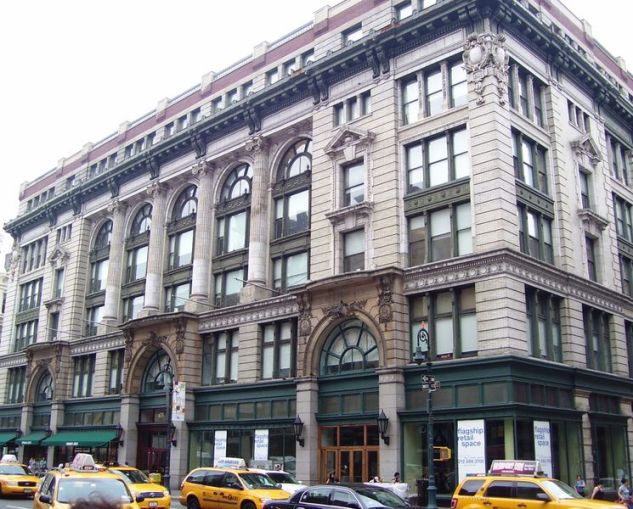 675 Avenue of the Americas jhanasobserver

Nielsen Holdings has signed a 16-year, 43,529-square-foot lease for a second office location at 675 Avenue of the Americas.

The firm, which researches consumers’ behaviors, will occupy part of the third and fourth floors that are connected by an internal staircase and feature 10-foot windows and 13-foot ceiling heights, according to a news release from Cushman & Wakefield, which represented the landlord, 675 Ownership LLC.

Nielsen plans to move into the property between West 21st  and West 22nd Streets in about six months. The company will also have access to a roof deck and branding rights of a flagpole in front the building. The asking rent was in the high-$60s per square foot, as The Wall Street Journal reported.

“The firm embodies the type of company the landlord aims to attract to its properties,” C&W’s Ross Eisenberg, who represented the landlord, said in prepared remarks.

Alongside Mr. Eisenberg, Stuart Romanoff, Lou D’Avanzo, Franklin Speyer and Amy Fox of Cushman & Wakefield brokered the deal on behalf of the landlord.

Newmark Grubb Knight Frank’s Paul Ippolito and Seth Weinstein, who represented Nielsen in the transaction, did not return a request for comment via a spokeswoman.

Nielsen is headquartered at 85 Broad Street between Pearl and South William Streets. When the company opens its additional offices at 675 Avenue of the Americas, that building will be fully occupied.