Nonprofit Heads South to One Battery Park Plaza From Midtown 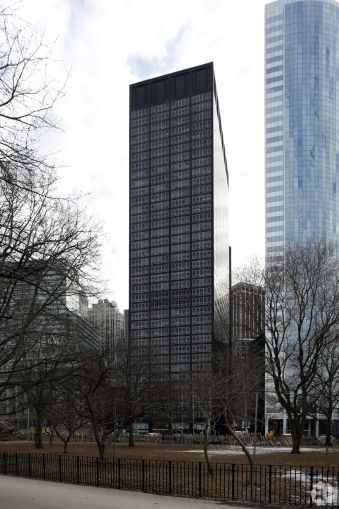 National Development Council, a nonprofit for low-income communities, has inked a 15-year deal to relocate to One Battery Park Plaza in the Financial District, Commercial Observer has learned.

The organization has signed a lease for 11,741 square feet on part of the seventh floor of the  875,000-square-foot building, according to press releases from the tenant’s broker and landlord Rudin Management Company. Asking rent at the 36-story tower is $55 per square foot, according to Rudin. The full-block property is between State, Whitehall, Pearl and Bridge Streets.

“Bringing the NDC to One Battery Park Plaza is positive for our building and a win for Lower Manhattan’s thriving nonprofit community as well,” William Rudin, the chief executive officer of Rudin, said in prepared remarks. “We are confident that they will benefit from our building’s strategic location between all major transportation hubs and all local, state and federal offices Downtown.”

National Development Council is expanding slightly from the 10,045 square feet it leases at 708 Third Avenue between East 44th and East 45th Streets, according to the Savills Studley release. The nonprofit, which pushes for getting cash flow invested into low-income neighborhoods, originally planned to stay in the area around Grand Central Terminal where it has been based for four decades, Mr. Foerch said in the press release. It settled on Downtown because the economics wound up to be better for its long-term plans.

“Relocating to One Battery provides the National Development Council with a dramatically improved space at a nearly 20 percent cost savings,” Mr. Foerch said in a statement. “Not only will the nonprofit be located in a Class A environment, which the landlord built to their exact specifications, the move allows the organization to continue its mission of reinvesting money in low-income communities across the country.”