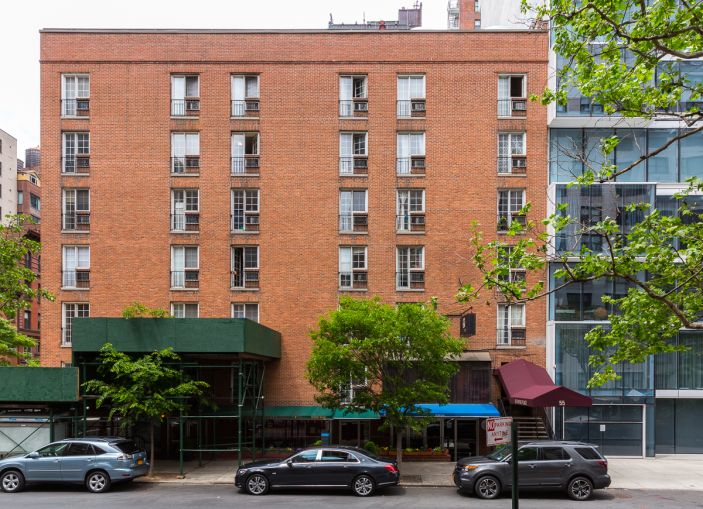 New York-based investment firm Springhouse Partners has landed a $37 million mortgage from Mesa West Capital to fund the acquisition of a seven-story residential building at 51-55 Irving Place on the border of the Union Square and Gramercy Park neighborhoods in Manhattan, Commercial Observer has learned.

Meridian Capital Group’s Ronnie Levine and Jeff Berkes arranged the floating-rate three-year loan, which is being used toward the purchase and future renovations of the 42,502-square-foot property. The building has 56 residential units, five retail spaces and one office totaling 3,970 square feet, and roughly 5,000-square-feet of unused air rights, according to data from PropertyShark. The financing allows for two one-year extension options and has full-term, interest-only payments.

“Springhouse acquired an irreplaceable asset which it plans to maximize the value of through strategic investment,” Mr. Levine said in prepared remarks. “In order to obtain the financing, Meridian made a market among banks and finance companies and ultimately negotiated a deal that matched the borrower’s business plan with their financing objectives.”

Adam Verner-led Springhouse bought the property from the Rumpel family for $55 million last week and plans on upgrading its interior and exterior and adding tenant amenities, as The Real Deal reported. The asking price dropped, as the family had originally listed the building in early 2015 for $62.5 million, Crain’s New York Business reported at the time.

Three months ago, StreetEasy listed a one-bedroom unit at the building with a monthly asking rent of $3,250 and a studio asking $2,450 per month.

“The going in cash flow at the property was too low for a traditional bank to finance at the leverage request, which created an opportunity for our balance sheet to finance a well-located multifamily asset in the heart of New York City,” Russell Frahm, a vice president at Mesa West who originated on the mortgage, told CO via email.

He added: “Our financing will allow Springhouse to capitalize on an opportunity to buy a well-located building with tremendous upside potential in a very tight rental submarket. The planned improvements to the property will allow them to achieve rents in line with the high-end residential market of the East Village and Union Square.”
Mr. Verner of Springhouse did not immediately return a call for comment.