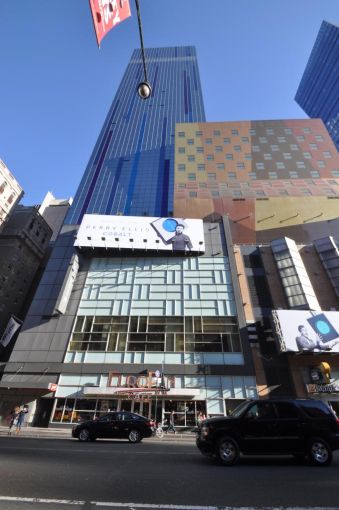 Marriott International just can’t seem to nail down its acquisition of Starwood Hotels & Resorts Worldwide without a fight.

Cityfront Hotel Associates Limited Partners and Dream Hotel Associates, which own the Sheraton Grand Chicago and Westin Times Square in New York, respectively, state in the complaint that through the pending merger, Starwood would violate its contract which restricts it from owning, franchising, managing or operating “any other hotels within a certain delineated geographical region of Chicago and New York City (with certain specified exceptions).”

Both Sheraton and Westin are units of Starwood, which currently holds a 1,300-property portfolio across more than 100 countries. Starwood’s contracts with Sheraton and Westin contain “radius-restriction clauses,” which are areas of protection, (AOP), that forbid Starwood or its affiliates from owning or operating competing hotels, court filings state. Because Marriott operates competing properties in both Sheraton and Westin’s AOPs, those hotels would allegedly suffer financial damage.

Including Sheraton and Westin, Starwood operates a 11 brands, including the St. Regis, W Hotels, Design Hotels and Four Points. Marriott has more than 4,400 properties in 87 countries and carries a total of 19 brands under its flag. The merger, which was scheduled to close in July of this year, would result in the largest hotel owner/operator by room count.

In March, Chinese insurer Anbang outbid Marriott on two occasions, most recently offering $14 billion for Starwood, as Commercial Observer previously reported. A source with close knowledge of the deal told CO at the time that if the Marriott deal were to close, it would result in significant layoffs.
Representatives for Starwood and Marriott did not immediately respond to requests for comment.