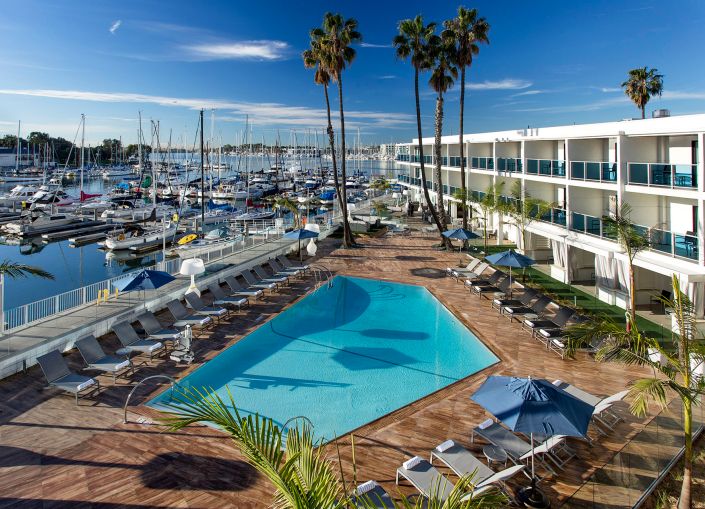 Last month, Beverly Hills-based real estate investment banking firm Sonnenblick-Eichner Company arranged the 10-year, fixed-rate, interest-only loan from Deutsche Bank, which was sized to a 10 percent debt yield, according to Sonnenblick-Eichner Principal Elliot Eichner, who arranged the transaction. Patrick Brown, a principal at the firm, also worked on the financing.

Pacifica Hotels is using the new loan to recapitalize the property, which underwent $28 million in renovations, including upgrades of the 164 guestrooms, a new pool, an outdoor wedding venue, 9,700 square feet of meeting and event space and a full-service restaurant and bar called SALT. The hotel, which was originally built in 1964, reopened for business in January 2015.

“Despite the limited operating history following the renovation, we were able to get very favorable terms by demonstrating the sponsor’s success with similar renovations,” Mr. Eichner said.

The property is located at 13534 Bali Way, directly on the marina and near Venice Beach and the Ballona Wetlands Ecological Reserve.

A spokeswoman for Deutsche Bank declined to comment, and a spokesman for Pacifica Hotels did not respond to a request for comment.