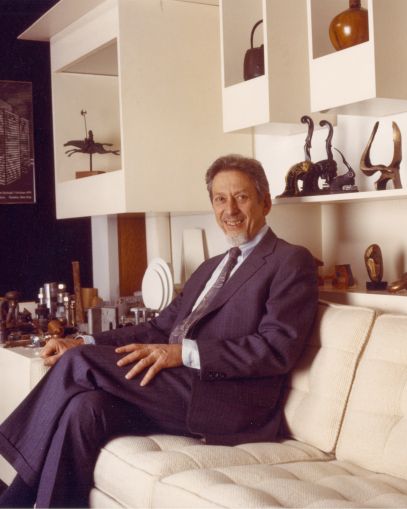 David Durst at his office in 1133 Avenue of the Americas (Photo courtesy: Durst Organization). tcullen2015

David Durst, who oversaw construction of some of the family-run Durst Organization’s most notable properties, died last week in Rye, N.Y. He was 90.

The company announced his death and it was first reported by The New York Times.

He followed his older brothers into the family business—spearheading the engineering and building of eight properties totaling 6 million square feet, according to the company, beginning with 655 Third Avenue and ending in 1989 with 114 West 47th Street. Construction of the last property was overseen with his son, Jonathan (Jody) Durst, who joined the firm in 1984 and now serves as president.

“He leaves a proud legacy of a thriving business that bears his name and on-going generations of our family,” Jody said in a staff memo issued yesterday. “David was beloved by those who knew him and left an indelible stamp on New York’s skyline.”

Durst was born in 1925 in Mount Vernon, N.Y., the youngest son of Durst Organization founder Joseph Durst and his wife, Rose. He got a degree in engineering from Georgia Institute of Technology, worked at J.H. Taylor Construction for three years and joined Durst Organization in 1950.

Older brothers Royal and Seymour Durst (father of current Chairman Douglas Durst) handled leasing and deal-making, respectively, while David handled construction. He was the surviving member of the second generation to run the company, with Royal passing in 1993 followed by Seymour two years later.

Durst was also an arts supporter and was active in commissioning sculpture pieces to be incorporated into a building. That started with Jan Peter Stern’s Windward on the sidewalk in front of 655 Third Avenue.

“Great works of art are now an important amenity in New York’s office building, a cultural paradigm seeded by my father,” Jody wrote.

On the civic side, he was a founding member of the pro-business Association for a Better New York—along with other prominent real estate figures including Lewis Rudin of Rudin Management Company and hotelier Robert Tisch—and served as president of the board for the Hebrew Free Loan Society.

He is survived by his second wife Carola; children Laurel, Robin, Josh, Kristoffer and Jody; and nine grandchildren.