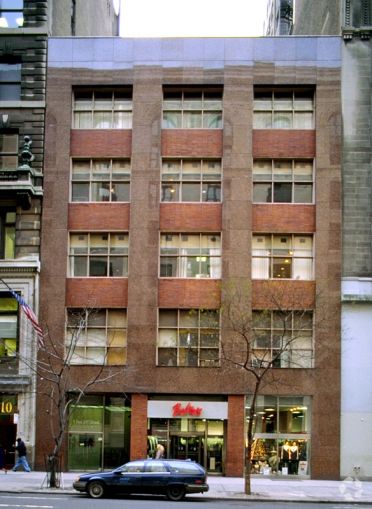 Caerus went into contract to purchase the five-story office building between Madison and Fifth Avenues from the Zionist Organization of America in the fourth quarter of 2014, but the transaction was delayed due to litigation by a former tenant, B. Bowman & Co., the operator of the retail chain Bolton’s, as CO previously reported.

In a press release, Caerus said that the legal action was dismissed, which allowed for the sale to close.

“Transaction with the Zionist Organization of America takes a special place in our deal book. Within steps of the Empire State Building and Fifth Avenue and with over 100 feet of frontage, flexible zoning, panoramic views with control over light and air and excess development rights the properties present Caerus with multiple investment strategies or the rapidly changing block in Midtown South,” Leo Tsimmer, the managing principal of Caerus Group, said in prepared remarks.

In February, Caerus closed on the adjoining Ditson Building, an office building at 10 East 34th Street, in an all-cash deal for $51.7 million.

Caerus plans to reposition both properties, Mr. Tsimmer said, with Michael Kadosh of CBRE working on leasing the retail space.

“This is a unique property, with a very significant address,” Mr. Kadosh, who represented Zionist Organization of America in the building sale along with colleagues Dan Kaplan and Ned Midgley, said in a prepared statement. “The location is just steps from the Empire State Building and visible from every corner of Fifth Avenue—offering tremendous visibility for tourist, office workers and residential population.”

Brent Glodowski of Kinsey Capital represented Caerus in the sale.