App That Helps You Change Address Updates Its Own Digs 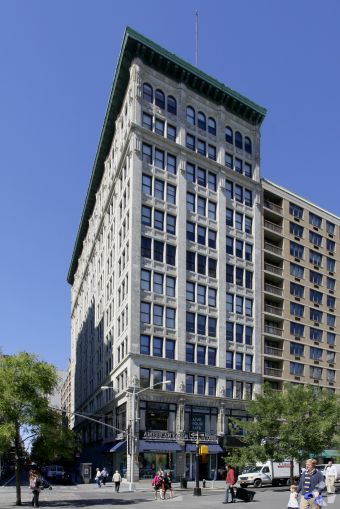 A mobile app that helps users with the overwhelming tasks involved in moving homes is packing up its own office and heading for a new pad in Union Square.

Updater, which automatically updates one’s address when he or she moves, has signed a 10-year deal at the 121,500-square-foot 19 Union Square West between East 15th and East 16th Streets, according to a press release from the tenant’s broker. The app developer will head to its new full-floor, 9,233-square-foot office this summer. Asking rent in the deal was $75 per square foot.

“Updater is a unique company that provides a personalized service for millions of people relocating every year,” Dennis Someck of Lee & Associates NYC, who represented the tenant with colleague Justin Myers, said in prepared remarks. “Financiers have naturally taken notice of Updater’s rapid growth, and the tenant is now ready to make a move of its own to accommodate its growing team.”

The company will be moving from 1140 Broadway between West 26th and West 27th Streets, according to The New York Post, which first reported news of the deal. At that location Updater leased a mere 2,300 square feet, the press release indicates.

Updater is coming off a major fundraising round that closed in December 2015. The company’s latest fundraising round brought in $20 million, according to CrunchBase, which tracks investments in up-and-coming firms.

The deal at 19 Union Square West closed in mid- to late-April, said Charles Conwell of ABS Partners, who represented the landlord in the transaction.

“We really just look for quality tenants that are going to be a good mix to the list of tenants we have in the building,” Mr. Cornwell said. “I think that the Union Square market is a really popular area to be right now. There’s not a lot of space on the square, so when it becomes available there’s a good demand.”