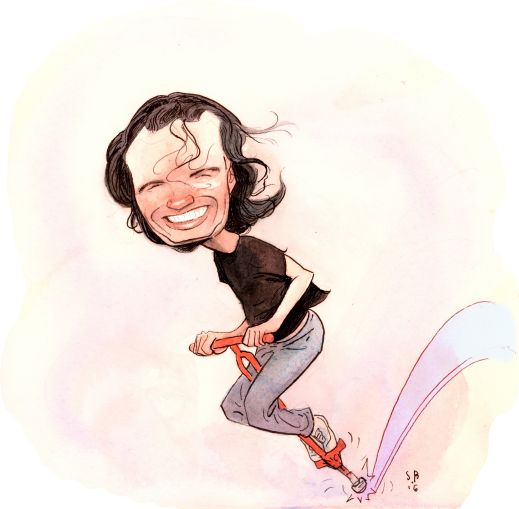 The top 10 of Power 100 is largely a game of reshuffling. The names Durst, Ross, Roth and Speyer trade places with each other based on who had the bigger deals that particular year, but they’re almost always worthy of one of the top spots.

Of course, it also feels good to have a newcomer crash the top of the list.

This year, we jumped not one but two entries to the top 10. In 2015, Ric Clark, the head of Brookfield Property Partners came agonizingly close landing the No. 11 spot. But, honestly, when you consider what Brookfield did in FiDi with Brookfield Place and what they’re doing on the Far West Side of Manhattan with the 7-milion-square-foot planned Manhattan West complex, 11 feels a little low. This year they’re officially in the top five.

Back in 2014, WeWork’s Adam Neumann and Miguel McKelvey weren’t on Power 100 at all. But after their shared workspace company was valued at $5 billion, we felt they deserved an extremely worthy 22nd place last year. It turns out, 22nd was way too low. (They got a more recent $16 billion valuation!) After popping leases like they were Tic Tacs and venturing into even new waters with WeLive, we feel they earned a spot on the top 10.

Of course, Messrs. Clark, Neumann and McKelvey made significant jumps this year, but they were not the largest leap. That honor would have to go to the head of the Real Estate Board of New York, John Banks, who went from No. 92 (he was new to REBNY last year, and all we had to go on was a little good will power) to No. 62 (with the exception of the 421a fiasco, REBNY had a good year).

Just below Mr. Banks are Mitchell Hochberg and David Lichtenstein of the Lightstone Group, who made a nearly as impressive jump from No. 90 to No. 63.

Some of the big jumps might have been a little harder to pull off because the power player in question was already pretty high to begin with. Ziel Feldman and Nir Meir of HFZ Capital Group were a respectable No. 43 last year; but given the ambitious project they have set for themselves on the High Line, it sounded like they deserved to be somewhere in the 20s. (No. 28, to be exact.)

Possibly the greatest player in the game of retail, Jeff Sutton, was No. 12 last year—which was a banner year for Mr. Sutton, having picked up the Crown Building for $1.78 billion with GGP. He’s now engaged in the difficult (and less glamorous) process of making sure he gets the right tenants in the space. We moved him up to No. 11. Hey, Mr. Sutton, you can’t say we didn’t move you up!