What You Need to Know About the TurnStyle Shopping Concourse 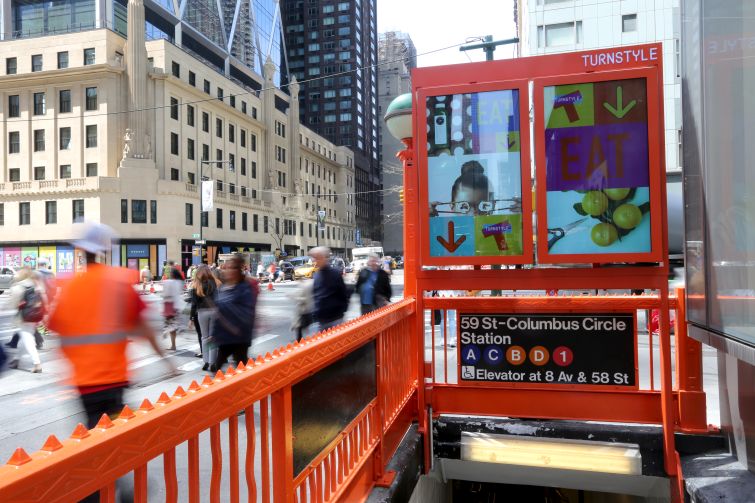 Last week, the century-old concourse at Columbus Circle that had been closed since 2009, reopened as the long-awaited shopping strip, TurnStyle (see our slideshow here).

In November 2013, the Metropolitan Transportation Authority tapped Ms. Fine to develop the TurnStyle project through a 20-year lease. Ms. Fine told CO last May that it was “the first time the MTA has privatized at all.” Costing $14.5 million, the project was funded through an $8.7 million construction loan and a $3.6 million equity investment from Goldman Sachs as well as money from Ms. Fine and other investors. Before you make your way to Columbus Circle to check out TurnStyle, here’s what you need to know:

• You don’t need to swipe your MetroCard to access TurnStyle.

• Live performances will entertain shoppers and diners every day.

• It is a public space that is maintained by a privately paid staff, responsible for ensuring its cleanliness and appearance. TurnStyle’s management also works with the police department and the Metropolitan Transportation Authority homeless department and its own security team to ensure a safe environment.

• It is temperature controlled. As Lansco broker Robin Abrams, who helped place tenants at TurnStyle on behalf of the developer, said, “[It] will be climate controlled so it will be far less warm in summer or cold in winter than outside.”

• None of the vendors are the typical New York transit-related uses, like Dunkin’ Donuts or Subway.

• There are 20 food options, some of which are rotating kiosks.

• TurnStyle is home to the city’s smallest Starbucks. It is 450 square feet.

• You can drink beer and wine at a number of them. Plus there is a wine and spirits shop, Kit’s Underground.

• No gas stoves are allowed, but eatery owners can use electric ovens, rotisseries and presses to make everything from pizza to rotisserie chicken to baked goods.

• Two outer-borough vendors make their Manhattan debut in TurnStyle: Bolivian food vendor Bolivian Llama Party “will have a year-round location, and it’s in our concourse,” a TurnStyle spokesman said. And Ignazio’s Pizza, called “The Pizza” in TurnStyle, has its second-ever eatery in the concourse.

• All dogs are allowed. There is a pet product shop, Dog & Co., featuring merchandise created by independent dog accessory designers.

• There are four retail spaces still available, all averaging around 450 square feet. (The developer is not citing rents, but CO reported in May 2015 that asking rents ranged from $300 to $400 per square foot plus $45 in common area maintenance, also known as CAM fees. The leases range from three to 10 years.)