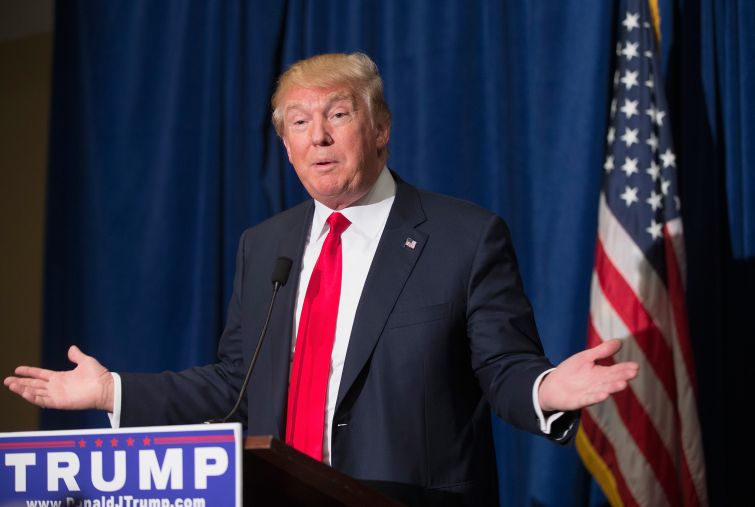 Moreover, what if that whole situation is complicated by the fact that said mogul is the father-in-law of your publisher?

We’re speaking, of course, about Donald Trump, the current frontrunner for the GOP nomination for president, longtime real estate developer, reality TV black belt and the father of Ivanka Trump (who is married to Commercial Observer’s publisher, Jared Kushner).

An argument could be made that Jonathan Gray and the rest of his cohorts should step aside for the real estate professional who could one day carry the nuclear football around with him—not to mention appoint a secretary of housing and urban development, write a budget and name governors to the Federal Reserve, all of which have an indelible effect on real estate. But the argument wasn’t quite persuasive. (President Obama doesn’t usually make the Power 100—why should Donald Trump be treated differently?)

The other argument is that we should try to rank Mr. Trump roughly where he fits into the pecking order of who builds what, where and how well in commercial real estate. (On last year’s list, he landed the No. 13 spot.)

After much deliberation, we decided that we’re the wrong publication to evaluate him. At least this year.

Next year, we’ll return Donald Trump to his rightful place on the Power 100. Or in the event that he’s no longer in the real estate business, his children Donald Jr., Ivanka and Eric, who will no doubt be running the Trump Organization during a four-year absence.

Correction: The original posting stated that Barack Obama never appeared on Power 100, but he did in 2009 after he had been elected. Mr. Trump will likewise be reconsidered next year accordingly.