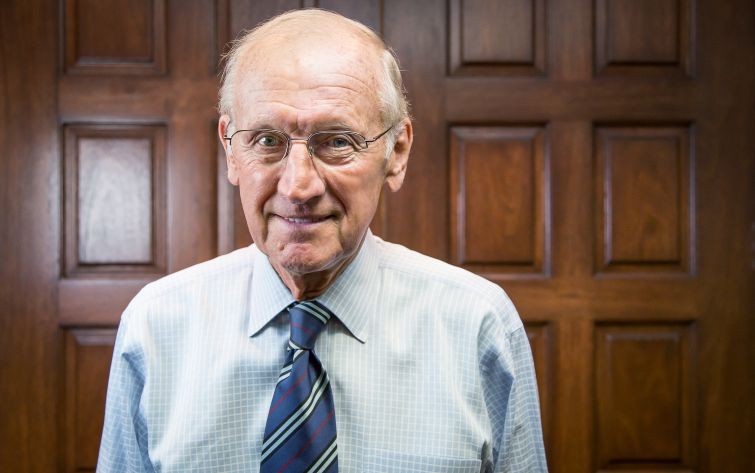 New York City’s skyline has changed a great deal in the last 22 years. Over that time, the World Trade Center has been rebuilt, a hulking 1,550-foot residential condominium tower juts out on Park Avenue and some of the hottest new office product is over a rail yard on the Far West Side.

One stalwart through those years has been Richard Anderson, who took over the New York Building Congress as president in 1994. The longtime urban planner will retire from the construction organization later this year after more than 20 years of advocating for infrastructure investment and diversity in the workforce.

So this year, we’ve named Mr. Anderson as the Power Emeritus of the Year. His work has focused on representing all the industries related to construction. Mr. Anderson hates the term “state of good repair” because he said it’s defeatist and the city should be building new product and infrastructure whenever possible.

The Building Congress—an entity made up of 400 organizations, such as construction companies, trades groups and architects—regularly has released reports that forecast how much is spent on construction as well as drilled down on sectors such as education and hospital construction.

Mr. Anderson is leaving behind an organization that he built back up and restructured over the last 20 years. In an interview with Commercial Observer earlier this year, he recalled how he worked to boost membership when he took over a weakened Building Congress in 1994. One of his first acts was to focus less on membership dues and more on paid-for events, such as its annual membership luncheon.

“It was in a weakened state, but the concept was good,” he said. “What I had to do was reestablish it. The thing I always said, which made it relatively easy, was we had a natural constituency. The New York City design, construction and real estate industry wanted and was willing to support a Building Congress as long as it was one that was working in ways that it would be attracted to.”

In a parting act, Mr. Anderson increased the annual membership dues to $1,650 from $1,500 per year—the first such uptick in 25 years. He said it was a necessary evil he would rather do than make his incoming replacement face (a successor has yet to be named).

Mr. Anderson has also used his bully pulpit to call on more infrastructure investment. He applauded the January announcement that Pennsylvania Station would be overhauled in the coming years, along with last year’s soup-to-nuts rebuilding of LaGuardia Airport. The most important of these projects: the Gateway Tunnel under the Hudson River, he told CO earlier this year.

Next up for Mr. Anderson is his own firm in which he plans to advise corporate boards and developers with his expertise. Lining up one of his first clients wasn’t too difficult; it’s the Building Congress.