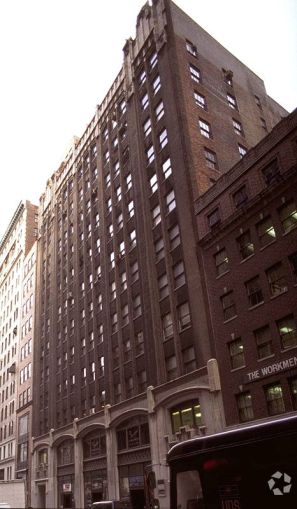 The seven-year-old website which can track who is reading what stories on a news publication’s site in real-time, is taking the pre-built space for five years, according to a source familiar with the deal.

The office will be on the 10th floor of the 12-story building between Park and Madison Avenues. Asking rent in the deal was in the low-$60s per square foot, the source said.

The deal closed in March, according to CoStar Group, but it wasn’t immediately clear when the tech company will move into the 138,000-square-foot building. The landlord, Elk Investors, has recently upgraded the lobby of the 102-year-old building, according to Newmark Grubb Knight Frank marketing materials for the property.

Erik Harris and Zach Weil of NGKF represented the landlord, while Kirill Azovstev and Patrick Heeg of JLL represented Parse.ly. Brokers for the tenant did not return a request for comment.

“We are looking forward to Parse.ly joining the building’s creative tenant mix that the landlord has attracted with continuous capital improvements,” Mr. Harris said in a statement via a spokeswoman. “Currently, the elevators and lobby are undergoing a complete upgrade that will include a full glass entrance and increased street presence.”

Parse.ly has 44 employees, according to its website. The Big Apple-based company has raised almost $6.1 million over six fundraising rounds, according to venture capital tracker CrunchBase. Its most recent fundraising round closed in May 2015, but the company did not make public how much it brought in or who its sole investor was during that time.

Update: This story was edited to include comments from the landlord’s broker.