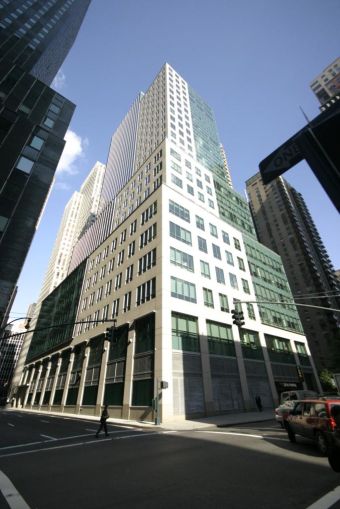 The hospital will open a new facility in the 389,522-square-foot office property between Second Avenue and Tunnel Exit Street at the end of the year, following the October expiration of law firm Jones Day’s 353,541-square-foot lease. (Jones Day is moving to 4 Brookfield Place, as CO previously reported). The medical center will occupy the lobby, common areas and the parking garage in addition to all 25 floors.

There will be a combination of medical offices and ambulatory care facilities in the building. NYU Langone’s main medical campus is located between First Avenue and the FDR Drive from East 30th to East 33rd Streets. It was not immediately clear what the asking rent in the deal was.

Bruce Mosler and Mark Mandell of Cushman & Wakefield negotiated the deal on behalf of NYU Langone. Messrs. Mosler and Mandell did not respond to a request for comment through a spokesman.

Columbia Property Trust acquired the building at 222 East 41st Street in 2007 for nearly $320 million, according to property records.

“Our ability to secure a long-term tenant with an esteemed reputation like NYU, while also successfully addressing the most significant lease expiration in our portfolio with minimal downtime, is a testament to this building’s quality and the ability of our local team,” Nelson Mills, the president and the chief executive officer of Columbia Property Trust, said in prepared remarks.