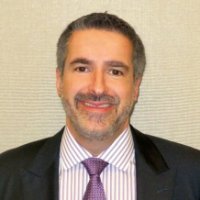 The fact that the 350,000-square-foot retail hub, which sits between the future sites of 2 World Trade Center and 3 World Trade Center, hasn’t opened yet (it is slated to open this fall), made it “a very difficult decision for me,” Mr. Bondy said. “I put years of blood, sweat and tears into that project. I believe in that project wholeheartedly. Sometimes opportunity comes at the most inopportune times.”

But perhaps the timing wasn’t really all that inopportune as “the leasing at World Trade Center was complete, by and large, so there wasn’t a lot to do in terms of that,” said Mr. Bondy, who was a senior vice president of leasing at Westfield. And he wanted to work outside a real estate investment trust. (Prior to Westfield, Mr. Bondy was briefly at Pyramid Management Group and before that he spent more than 23 years at Macerich, a nationwide mall REIT.) “This was more about what I wanted to do next rather than an issue with Westfield,” Mr. Bondy noted.

Starting on March 28, Mr. Bondy became the director of leasing for Midwood’s portfolio, which spans the New York metropolitan area, Boston, Philadelphia, Washington, D.C., and some properties on the West Coast. (Mr. Bondy wasn’t sure of the size of the portfolio, but said Midwood has a total of 400 tenants.) Its Manhattan holdings include 430 Park Avenue, where Mr. Bondy’s office is, and 96 Spring Street, and in Brooklyn, Midwood has The Williams at 287 Broadway in Williamsburg and it is co-developing a residential building at 800 Union Street in Park Slope.

“For my own personal growth potential that this was a good move for me,” the broker said. “I just felt like the opportunity at Midwood was a great one.” He was excited by the prospect of working for John Usdan, the president Midwood since 1981, “and I was intrigued by his portfolio and what he was planning to do with the company.”

A spokeswoman for Westfield declined to comment on Mr. Bondy’s departure.