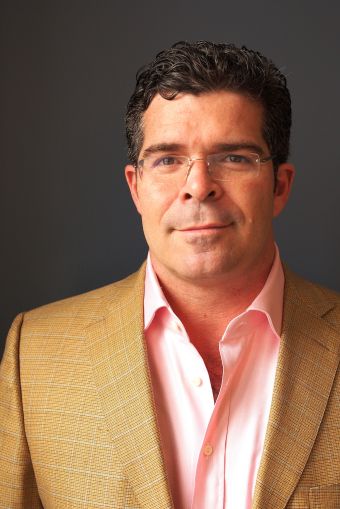 William David Tobin founded Mission Capital in 2002 with Joseph Runk. Since the firm’s founding, the company has expanded and has offices in New York, Alabama, Florida, California, Colorado, North Carolina and Texas. Mr. Tobin sat with Commercial Observer in the firm’s Tribeca office and discussed how he got into the real estate industry, as well as the growth of his team and how an investment in technology has given Mission Capital a leg up on its competitors.

Mr. Tobin: I majored in medieval and renaissance English literature, which has nothing to do with real estate, and coming out of school I spent a winter in Colorado with a buddy working in Aspen and quickly realized I didn’t want to be a ski bum—as much as I love skiing, it’s my passion—and I wanted to actually make money. I had had a little carpentry and house-painting business in college and I had studied architecture as a minor that I didn’t finish, so I was very much interested in real estate. [A friend of a friend] worked at a bank called Dime Savings Bank [of New York]. He alerted me to an interview opportunity and I went and I really didn’t know anything about real estate—I had taken a real estate salesperson’s class. We spent five minutes talking about real estate, but the woman interviewing me was a literature buff and so we spent the rest of the interview talking about Mario Vargas Llosa and Charles Bukowski and all sorts of weird literature stuff. I had three or four other rounds of interviews, but English literature helped me get my first job.

And what was the job?

It was in the foreclosure department. Dime was under OTS [Office of Thrift] supervision at the time. The foreclosure department was sort of rescuing the bank. It wasn’t taken over only because the takeover of Carteret Savings Bank was considered so incendiary in this area that regulators couldn’t take over Dime because at $8 million or $10 billion it was an enormous thrift. I worked there from 1992 to 1994 and I did asset sales, foreclosures and bulk sales of both real estate and loans. That’s where I learned the asset sale business. It was my first exposure to it. That gig ended because we sold our entire portfolio and I ended up going to work at Carlton Group.

What did you do at Carlton Group?

[Carlton head Howard Michaels] brought me in to build up a loan sale presence, which I did. We spent eight years together. We made a lot of money and we did a lot of interesting stuff. He really went in the capital-raising direction and I really went in the asset-sale direction. We would sell property and loan portfolios in sealed bid sales and live auctions. We ended up doing work for all of the investment banks that were buying up distressed assets during the RTC [Resolution Trust Corporation] crisis. 2002 comes along and my partner [Joseph] Runk and I have started to take the business to the next level. We get a huge contract with Bank of America alongside Goldman Sachs to help liquidate a $20 billion pool of single-family subprime mortgages and our job was to liquidate everything that was not able to be securitized. Goldman securitized $17 billion and Joe and I liquidated $3 billion and on the heels of that we left Carlton and started Mission in 2002.

It’s just been an upward trajectory ever since. We’re now 13 or 14 years into it. We’ve gone from zero to $60 million-plus in revenue this year, and we’ve gone from just being a loan sale advisory to really selling loans and real estate all across the country—residential and commercial. We’re selling a $600 million portfolio of equipment loans and leases right now, backed by aviation, rail, rolling stock and sort of everything in between.

One of the other things I’ve done and learned along the way and did with Howard at Carlton was debt and equity capital raising. I sold the Barbizon Hotel, financed Newark Hotel Hilton, Empire Hotel in New York City, and I always knew at Mission that we wanted to do that business and that we would be good at it because it’s a very perfect complement to asset sales. Asset sales is a counter-cyclical business, debt and equity capital raising is a cyclical business. The players are the same. They rotate in and out of markets.

Oaktree Capital is a good example of a firm that we sell loan and real estate portfolios to. They in turn use us to sell loan and real estate assets for them. They’re a bridge lender so in the last year or two we’ve closed large bridge loans with them on a hotel in Florida and an office building out in California. We are raising capital for assets that they’ve purchased through their real estate investment platform. They also buy single-family performing and non-performing loans, and we’ve always had a very active presence in that business.

They do sort of everything and there’s lots of touch points in our firm, where we’re helping them make money, they’re helping us make money. It’s a great symbiotic relationship. Our goal is to have those sorts of relationships across the entire spectrum of commercial real estate investing.

What do you do in the single-family market?

The other side of the business is what we call mortgage services or consulting. That’s a huge business for us. It was the outgrowth of doing portfolio sales of single-family loans. Doing the work and what we could call trade support around those sales has become a bigger business than actually advising on those sales. As a result of the credit crisis and just the extraordinary amount of originations in the single-family world leading up to 2007 and 2008, there is a mountain of defective mortgages meaning they are missing notes, mortgage assignments, any sort of compliance documents like loan applications and 1003s. It makes them unable to be sold or securitized. It hampers the foreclosure process and the curing of single-family mortgage portfolios is a big business for us,. We’re very good at it and we do it with an eye towards a transaction. We’re not just trying to generate fees from our clients on things that don’t need to be fixed. We have a pragmatic approach to that business and that’s why it’s grown.

How has Mission Capital progressed since it was founded in 2002?

We keep expanding and growing. The team has gotten bigger and bigger. One of the interesting results of the credit crisis and the sort of declining relevance of investment banks and big banking principal investments is that we get a shot at amazing talent—kids that [may have ended up] at an investment bank and stuck in a black hole of 18-hour days, with no ability to move up because [those firms] are downsizing. We get better and better talent either coming out of college or coming out of banks who are just disillusioned with that lifestyle and that career prospect. We have an office in Newport Beach, Calif., and we’ve had kids in New York that say New York’s nice, can’t afford it, it’s too oppressive. We’ve had people move out there. We have an office in Palm Beach Gardens, Fla. We have an office in Austin—people love Austin. We have an office in Denver now because we added a company called Global Financial, which is part of our consulting business.

We’ve had very little turnover. People have come; we give them a lot of latitude to grow their business. I’ve always been a big proponent in keeping the band together and we’ve done that.

What challenges have met you along the way?

One of the biggest issues across all of our businesses is compliance and IT security. We were ahead of that because we have contracts with the government. The Federal Deposit Insurance Corporation was sort of a leader in pushing all that stuff back in 2007 and 2008. Some of our bigger clients were into it back then and now it’s everybody. To work for a bank, whether you’re selling real estate assets or loan portfolios or doing valuation or consulting, you have to have a very deep audit, dive, IT security process. They come in and really give you a serious exam. At first I hated it because it was just oppressive to have to go through that stuff and change your systems and add security, but it’s become a huge issue with banking with the explosion of the internet and data breaches and data thefts. It keeps out everybody that can’t comply with those things. It actually has been a great way to battle against larger firms and win out over small firms that haven’t made those investments. I’m actually [also] the chief compliance officer for the firm and I’m the guy that’s leading that charge. It’s not cheap, but it’s actually paid off.

We were growing from 2002 to 2006, we were setting up a great team as we started, and then when the credit crisis hit we were perfectly positioned. We started getting contracts with the FDIC; we had a business of valuing assets and had a great business of selling assets. All during the downturn, we were in the perfect business and then in 2009 we added a debt and equity team from Ackman-Ziff—Jordan Ray and Jason Cohen—and that team is now 25 people strong around the country. They did $1.75 billion or $1.8 billion of loans—75 different transactions—some really cool stuff like the Soho House in Chicago and the Freehand Hotel in Miami.

Update: This story was edited to correct details regarding Mr. Tobin’s job at Dime Savings Bank