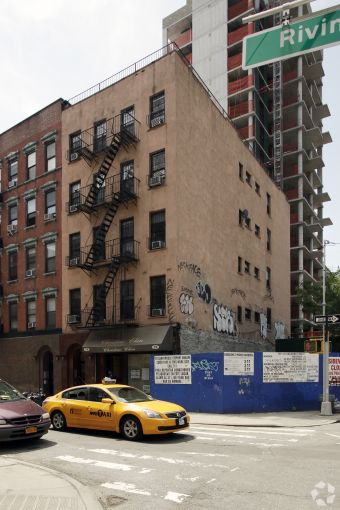 Two Lower East Side parcels are about to hit the auction block with the starting bid at $11 million, Commercial Observer has learned.

A U.S. Bankruptcy Court judge has tapped Eastern Consolidated to solicit bids for the 8,261-square-foot 79 Rivington Street and the neighboring 847-square-foot vacant lot at 77 Rivington Street, both between Orchard and Allen Streets, according to information provided by the brokerage.

Bids are being collected until May 9, and the auction will take place on May 16.

This is the second time the properties have hit the market in the last four years. In 2012, Massey Knakal Realty Services (now Cushman & Wakefield) was marketing the properties along with 139-141 Orchard Street between Delancey and Rivington Streets, which is the site of a stalled hotel development. The 98-key hotel site had an asking price of $28 million, Crain’s New York Business reported at the time. The Rivington Street sites had an asking price of $7 million.

The vacant lot at 77 Rivington Street at one point was meant to be a single-story entrance for the hotel, according to Eastern Consolidated’s Jonathan Schwartz, who’s now collecting bids with colleague Ron Solarz. The owner defaulted on the properties, however, and they wound up in bankruptcy court. The Orchard Street sites will be in a separate auction that Eastern Consolidated will not be handling.

But since the Rivington Street properties have fallen into bankruptcy, Mr. Schwartz said, the vacant development site could now become a one-level retail space that would also connect to the existing store, Chabad of the Lower East Side, at the base of 79 Rivington Street.

“The idea would be combine both of those [two stores] together,” Mr. Schwartz said. “For that there is demand amongst retailers, restaurants, a whole variety.”

There are 16 one-bedroom rental apartments at 79 Rivington Street, according to the brokerage. All of those rent-stabilized units are currently leased. Until two years ago, the apartments were covered by the J-51 abatement, a tax break for landlords who do capital improvements to a building.