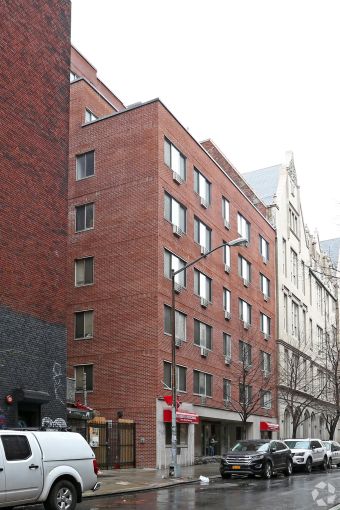 A 40-unit Lower East Side rental building that’s home to a pre-school has traded hands for $24.6 million, Commercial Observer has learned.

HUBB NYC scooped up the 29,600-square-foot 99 Suffolk Street between Delancey and Rivington Streets in a deal that closed earlier this month, according to a press release from Cushman & Wakefield, which brokered the sale. The $830-per-square-foot closing price for the 13-year-old building is a tad higher than the average price for the area, which is $800 per square foot.

“There is very low stock of newer elevator buildings in the Lower East Side,” Michael DeCheser of C&W, who arranged the deal with colleagues Darragh Clarke and Mei Ling Wong, said in prepared remarks. “Needless to say, we had no shortage of interested buyers who saw the property’s upside potential of rents in the near term. Ultimately, the highest and best buyer prevailed to everyone’s benefit.”

The closing price is shy of the initial $26 million asking price when the property hit the market in February 2015, according to earlier marketing materials.

The ground-floor commercial space is home to Elements Preschool, which opened at the site in September 2015, according to neighborhood blog Bowery Boogie. Elements Preschool took over the location from the Lower East Side Montessori School, which announced in February 2015 that it would close, as the website reported.

Upstairs has three studio apartments, 30 one-bedroom apartments and two two-bedroom units, according to the C&W release. Until June 2015, the property had been covered by the 421a tax abatement, old press materials indicate.