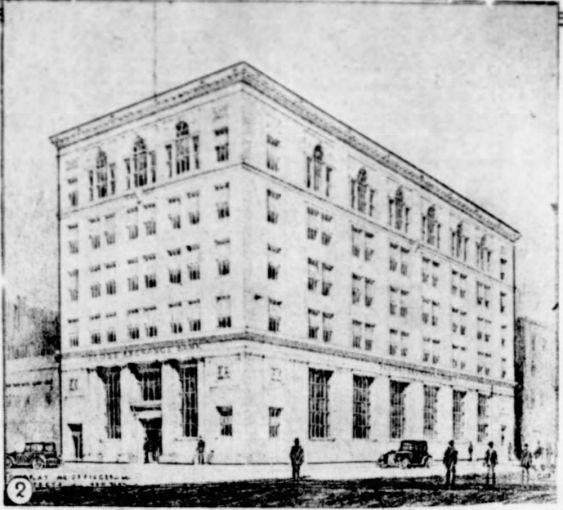 The five-story former Globe Exchange Bank in Bushwick, Brooklyn, is being converted into offices by owner Transition Acquisitions, Commercial Observer has learned.

Transition Acquisitions is spending about $5 million to renovate the currently vacant property at 815 Broadway to include full floors with windows on all four sides, exposed brick, vaulted ceilings and views of Brooklyn, according to Newmark Grubb Knight Frank. The project should be completed by spring 2017.

Transition Acquisitions bought the 50,000-square-foot, 78-foot-tall property between Ellery and Fayette Streets last July for $15.1 million from Douglas Steiner’s Brooklyn-based real estate firm Steiner NYC, according to property records. Mr. Steiner intended to convert the building into residences. Due to the exponential growth of the Brooklyn office market, Transition Acquisitions decided to turn the structure into an office building, according to NGKF.

NGKF’s Ross Perlman and Ryan Gessin have been tapped to market the office portion of the building, which was erected in 1917 as the Globe Exchange Bank by Louis Mowbray and Justin Uffinger. The brokerage declined to provide the asking rents, but a source familiar with the property said they are in the $40s per square foot.

Shlomi Bagdadi of Tri State Commercial Realty is marketing the 16,700-square-foot retail space at the building, according to a representative for the Brooklyn brokerage. The asking retail rents are $35 to $65 per square foot, according to the company website.