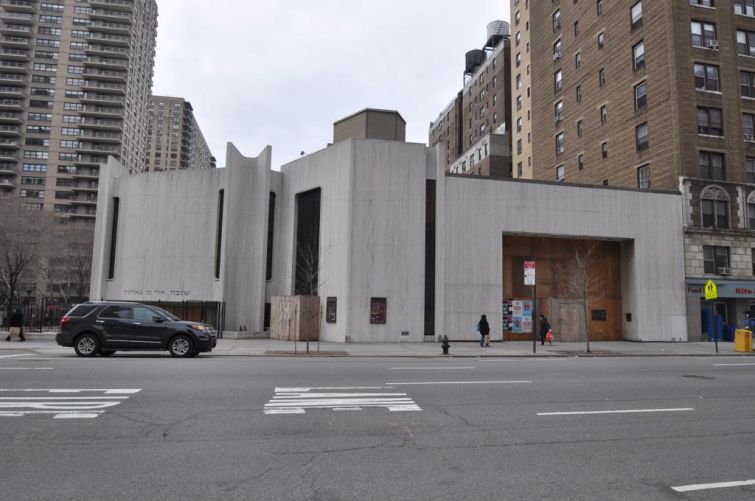 Proceeds of the loan, which closed on Feb. 18, are being used to fund the acquisition of the 5,000-square-foot lot at 208 Amsterdam Avenue, also known as 200 Amsterdam Avenue. Mitsui Fudosan America—the U.S. investment arm of Japanese real estate firm Mitsui Fudosan Co.—and Mr. Pozycki’s real estate development firm scooped up the property for $275 million back in October 2015 from American Continental Properties, according to property records.

The new ownership is constructing a 51-story, 112-unit luxury residential condominium tower at the site, a spokeswoman for SJP confirmed, but would not comment further.

The structure of the old Lincoln Square Synagogue, which was built in 1965, is still on the Amsterdam Avenue site. The synagogue moved to its new location down the street at 180 Amsterdam Avenue between West 68th and West 69th Streets in 2013, according to its website.

Mr. Pozycki founded SJP in 1981 and currently has 20 buildings under management. In 2014, the firm completed The Modern, a 47-story, 900-unit rental building in Fort Lee, N.J. In Manhattan, SJP developed 45 Park Avenue, a 22-story, 106-unit luxury condo in Murray Hill, and the Platinum, a 43-story, 220-unit condo at Eighth Avenue and West 46th Street in the Theater District.