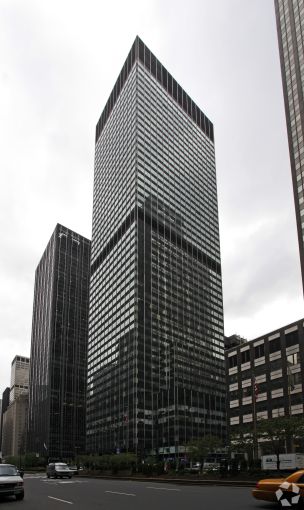 A private equity firm is relocating north in Midtown to take an entire floor at the 2.1-million-square-foot 277 Park Avenue, Commercial Observer has learned.

C&W did not immediately provide the length of the lease, but the release indicated that the asking rent in the deal was $95 per square foot.

“277 Park Avenue is a highly coveted address,” David Hoffman of C&W said in prepared remarks. “One that will allow CCMP to remain in close proximity to Grand Central Terminal, while consolidating its employees on one full floor.”

Mr. Hoffman represented the tenant with colleague Bryan Boisi. Mark Boisi, James Frederick and Peter Occhi of C&W represent the landlord, Stahl Organization, in leases at the building, according to CoStar Group. The brokerage declined to comment further via a spokesman.

CCMP Capital Advisors, which was founded in 1984, is joining tenants at 277 Park Avenue such as J.P. Morgan Chase, law firm Cozen O’Connor, MetLife and Sumitomo Mitsui Banking Corporation. The Manhattan Athletic Club, a high-end fitness center, is located at the base of the building, according to the release.