Marriott to Acquire Starwood After Second Bid for $13.6B 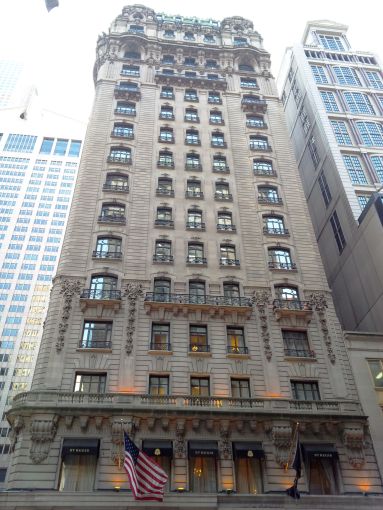 After nearly being outbid by Chinese insurer Anbang Insurance Group, Marriott International ended a weekend of nail biting with a $13.6 billion acquisition of Starwood Hotels & Resorts Worldwide today. The merger will create “the world’s largest hotel company,” according to a statement from Marriott.

The deal tops last Friday’s bid from Anbang of $13.2 billion, or roughly $78 per share, as CNBC first reported. The insurance giant planned on partnering with J.C. Flowers & Co. and China-based Primavera Capital Group to provide Starwood with a fully financed proposal.

Marriott had had until March 28 to propose a higher buy-out, and if the deal fell through, Starwood would have been required to pay a termination fee of $400 million in cash to its former suitor. Marriott, which announced the original deal to merge with Starwood in November 2015, had initially offered $76 per share.

If Anbang’s offer had gone through, as Commercial Observer reported on Friday, Starwood would have continued to operate as is, whereas if Marriott were to purchase Starwood, there would be significant layoffs, a source with intimate knowledge of the deal previously said.

On Saturday The New York Times reported that Starwood just signed a deal to refurbish and manage two hotels—Hotel Inglaterra in Old Havana as one of Starwood’s Luxury Collection hotels and Hotel Quinta Avenida in Miramar as a Four Points by Sheraton—making Starwood the first American hospitality chain to operate on the island in more than 50 years.

After the merger is completed, Marriott and Starwood will operate or franchise more than 5,500 hotels with 1.1 million rooms.