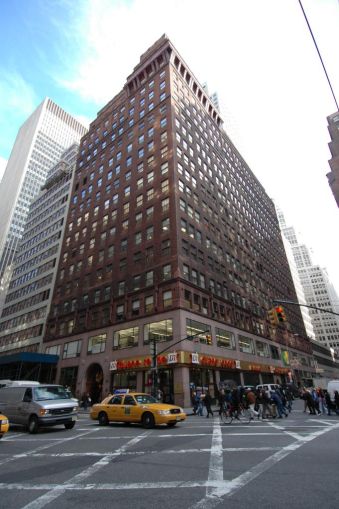 The company will occupy the entire 11th floor of the 23-story office building between West 38th and West 39th Streets. Asking rents in the tower average $59 per square foot, according to Savitt Partners, which handled the deal for Notations. The tenant signed the sublease with fashion company Jones New York, as The New York Post reported.

Notations is relocating to the other side of the block from 1407 Broadway. It is known for its Baku, NY Collection and traditional Notations line.

“A tenant for over 20 years at 1407 Broadway, [Notations] sees this move as an opportunity to better position the company by having a full-floor presence and a modern build out in a building with an impressive tenant roster,” Savitt Partners’ Marc Schoen, who represented the tenant with colleagues Brian Neugeboren and Michael Schoen, said in prepared remarks.

Amanda Bockman, Kevin West and Frank Doyle of JLL represented Jones New York in the deal. The brokers did not immediately respond for a comment via a spokesman.

The 520,000-square-foot property is home to a host of fashion-related tenants, such as Nicole Miller, Southpole, NYC Alliance, Fashion Avenue Sweater Knits and Almost Famous.