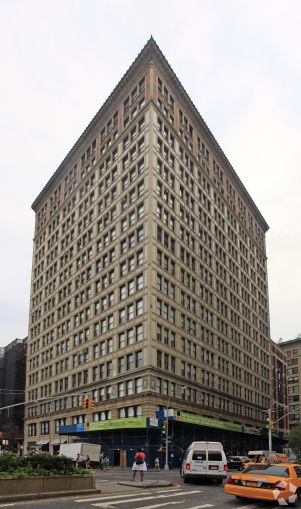 Cosmetics and fragrance company Elizabeth Arden is content with the Union Square location of its headquarters, but will be operating out of a smaller space in the future.

Elizabeth Arden currently occupies the entire second, sixth and seventh floors at 200 Park Avenue South between East 17th and East 18th Streets. After that lease expires in October 2017, the makeup giant will reduce its space by 17,800 square feet, spanning the second floor, to 35,698 square feet at the building across from Union Square Park through a new lease, according to ABS Partners Real Estate.

Elizabeth Arden is “committed to the Union Square area,” ABS’ Alan Friedman, who represented the landlord in the deal with colleague Charles Conwell, told Commercial Observer. “There is very little office space in Union Square, and there is even less space on the park. If someone can get their hands on that, they’ll do whatever to keep it. The talent that these companies are recruiting want to live and work there.”

The Wall Street Journal first reported news of the deal. Mr. Friedman declined to provide the length of the lease. Elizabeth Arden also operates Red Door Spa in a 10,000-square-foot space on the ground and lower levels via a separate lease signed in 2013, as CO previously reported.