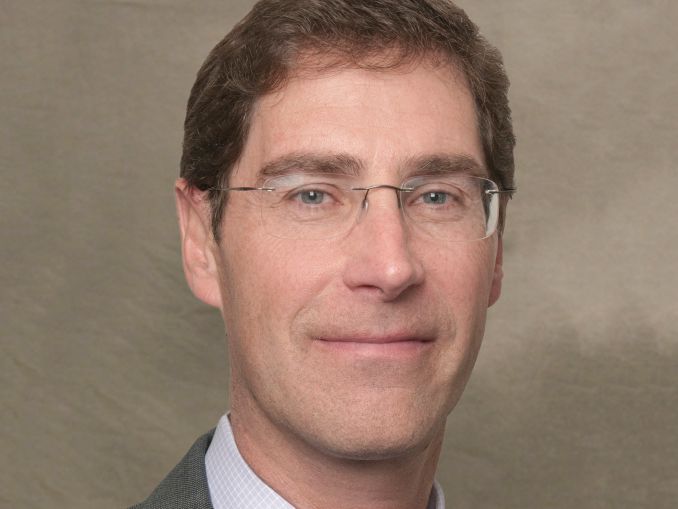 Michael Nash, senior managing director and global chairman of Blackstone Real Estate Debt Strategies, who jumped up to No. 2 on our Fab 50 List along with his colleagues Jonathan Pollack and Stephen Plavin, oversaw a year of tremendous growth at Blackstone Group. Through Blackstone Real Estate Debt Strategies and the firm’s real estate investment trust Blackstone Mortgage Trust, the company had roughly $14 billion in activity, more than double the $6.5 billion completed in 2014. In addition to giving some color on the massive international portfolio acquisition from GE Capital Real Estate in 2015, Mr. Nash chatted with Commercial Observer about more than just deals. He shed some light on the industry’s most discussed new hire: Jonathan Pollack. And Mr. Nash even discussed how he went from an accountant to running the entire debt business for one of the most household names in commercial real estate finance. (As much as CRE names are “household.”)

Commercial Observer: How much activity did Blackstone see last year?

Mr. Nash: In 2015 we did close to $14 billion of activity because we did the GE deal. Put it all together [with our other deals]—and when I say together I mean BXMT, our public mortgage REIT and BREDS, which is now a series of privately raised capital to do mezzanine, so those are our two lending vehicles. We also run a hedge fund that trades CMBS, and the size of that hedge fund is not quite $1.5 billion.

A lot of late nights, I bet.

A lot of late nights, but it was fun and very rewarding for the team. We never mind working hard here at Blackstone. I think it’s on a wall somewhere: “Please work hard today.”

[We] mostly [focused on] the United States. We did some business in Europe, but as part of the GE deal, we entered a couple of new markets in Mexico and Australia. So we established a small office in Toronto, we established a little bit of a bigger office in Mexico City, we hired a professional for Australia. On team building, you talk about new hires. We had a lot of growth within our business in terms of those offices, and a lot of the people we welcomed into the firm this year.

Then, let’s talk about Jonathan Pollack. How did hiring him in June 2015 come about?

Our equity business borrowed lots of money from Jonathan, DB [Deutsche Bank] and his team post-crisis. It’s always good to hire people you’ve done deals with, and we’re no exception with that general rule. Jonathan was looking to leave DB, and I went through a similar career thought. I was at Merrill Lynch for 10 years, and my organization changed around. That prompted me to look for a new opportunity. I mentored [Mr. Pollack] a little bit and just talked openly about his career options—actually not within Blackstone, just some of the things he was naturally being exposed to because he’s incredibly talented. And during the course of the fair and balanced conversations of just me trying to help him, we put this thought together.

He runs the business in the way that I did before we hired him. He’s now global head of the business, and my new role as chairman, my focus is really on investments and our investors.

Our LPs [limited partnerships] and shareholders at BXMT get two for the price of one with myself and Jonathan. We can leverage each other in different ways, and the business has expanded pretty massively with people and geography, so it became, in a sense, more than a one-person job anyway.

How many people have you hired recently?

We hired five people in Toronto and about 20 people in Mexico City, so a pretty substantial commitment to those markets. Obviously we bought some loan assets, but we’d like to stay very engaged in those markets if we can through our platform. The total global headcount—including investment professionals, asset managers, the legal team and we have a very large finance team—is about 110 in total. Just to give you a sense of the growth, we went from call it 60s to 70s to 110.

What deals were you most proud of last year?

We were most proud of the GE deal obviously. This is a major household name that wanted to do something very strategic and, in hindsight, very quickly. They needed, in a sense, the most trusted partner that they’ve done a lot of business with over a very long period of time.

We sort of had to shut down the rest of the business for three months because we had to underwrite this. It dominated the business in a lot of ways after we announced the deal. We raised a lot of equity within the public company to buy the assets and had the existing capital within our private fund.

The debt part of that trade was the biggest piece by far, so GE sold their own real estate, which our equity funds bought, and they had this massive lending business. Our business had scaled with people and with capital to such a level that we could actually tackle something like this. When I started business with the firm in 2007, never did I think in my wildest dreams that we would get a call and transact within about a month and buy close to about $9 billion of mortgage product in one notable transaction. The team was amazing; the exhaustion was off the charts but in a good way. Working hand-in-glove with the equity team is always fun for us because it is a holistic business, and people really root for each other that way. It had some really special characteristics [besides just] doing a loan or a deal.

How did you get into the real estate industry?

I came into the professional world as an accountant. I worked at Deloitte. In my day, there were eight firms—I think there’s four left [now]. I don’t even know why I became an accounting major in the first place, truth be told.

I went to NYU for my MBA at night and took a couple of classes in real estate. I got my first job after I graduated from NYU in 1989 and just started at the ground floor with a Canadian bank. Then the world ended—in the late 80s, early 90s we had another version of ‘07, ‘08, ’09, and commercial real estate was really at the core center of all the bad things happening. So I did workouts at the Canadian bank that I started with. We just all segued into dealing with what was on the firm’s books and then switched to a more formalized bank group to do workouts, Barclays Bank. I [then] switched to Merrill Lynch to do buy-side principal investment for the firm in ‘97, stayed almost 10 years. I met a lot of amazing people in the industry. Blackstone was one of my wonderful relationships—Jon Gray specifically, among many others, but Jon and I always got along great.

I left Merrill without a job. I was just a little frustrated with the firm and wanted to do something else. I felt the best way to do that was to just leave and figure out life after I was a free agent. Blackstone was going public [in 2007] and looking to expand. We had this amazing equity business that Jon [Gray] had built into the very best and was looking for new ways to deploy capital for limited partners. They talked about a debt business, and Jon wanted the right person to start the business with, and having known him for 10 years, he felt I would be that person. I started June in 2007, right around the time the firm went public.

What are your expectations for 2016?