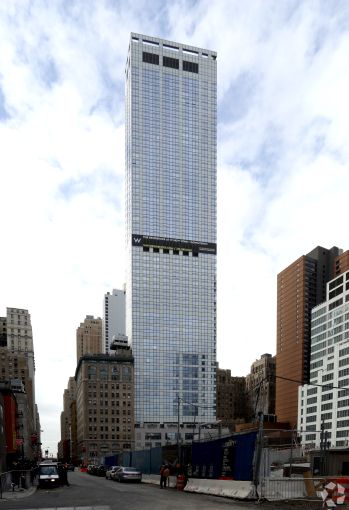 The Moinian Group landed a $50.7 million mortgage from the Bank of China on the W New York – Downtown Hotel and Residences at 123 Washington Street in Lower Manhattan, according to records filed with the New York City Department of Finance.

The Bank of China financing, which closed in February and was made public on March 2, is part of the re-enhancement of the $50 million in 2007 liberty bonds that the New York City Industrial Development Agency originally issued for the development. The 400,000-square-foot mixed-use project was completed in 2010.

The 58-story tower, which is located between Albany and Carlisle Streets just south of the World Trade Center complex, contains a 217-key W Hotel as well as 223 condominium units—159 of which are unfurnished and 64 of which are furnished. The mixed-use site also includes a restaurant, bar and fitness center.