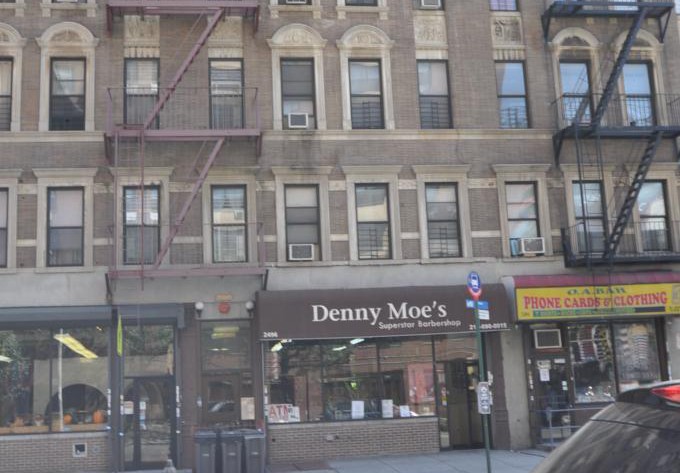 Celebrity barber Dennis Mitchell, who has trimmed the hair of entertainers like Eddie Murphy, Keith Sweat, Bobby Brown and Ne-Yo, has committed to remaining in Harlem for another five years.

Denny Moe’s Superstar Barbershop has renewed its 1,330-square-foot lease on the ground floor at 2496 Frederick Douglass Boulevard between West 133rd and 134th Streets.

The barbershop has been at the base of the five-story, 18-unit residential building owned by Wrenbrook Realty for a decade. The asking rent in the deal was $60 per square foot.

“In the current rising rent market, many small businesses are struggling to survive,” Michael Williams of Bloom Real Estate Group, who represented the landlord with colleague Scott Bloom, said in a prepared statement. “This renewal is a nod to Denny [Moe’s Superstar Barbershop’s] long-standing presence in the community and the landlord’s willingness to support that.”

The building has a 1,500-square-foot retail space on the ground floor that is currently vacant.