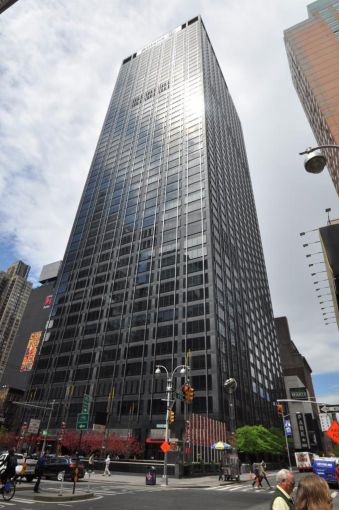 While the company did not name the lender on the call, city records show that German bank conglomerate Landesbank Baden-Württemberg led the financing, which replaces a $907 million loan it provided on the 2.6 million-square-foot property in December 2006. The old financing carried a weighted average interest rate of 5.35 percent and was set to expire by the end of this year.

Landesbank Hessen-Thüringen Girozentrale, Deka Group, ING Capital and Wells Fargo served as joint lead arrangers on the new financing, according to a release from the company.

The new seven-year loan carries an interest rate of 3.59 percent and a gap rate of 3.87 percent. For the first three years, Paramount has the option to increase the loan by $250 million to $1.25 billion.

In 2011, Paramount consolidated its ownership of the 48-story building by purchasing a 49 percent stake from a partnership between Bank of America Merrill Lynch and Morgan Stanley and combining it with its 51 percent controlling interest in the property, according to a report from Cushman & Wakefield. Paramount has been headquartered in the building since 1976.

Financial services firm Deloitte has a lease for 200,000 square feet on the top four floors of the building that expires in April of this year. Paramount executives said on the earnings call that they were actively talking to potential tenants to take over at least some of the space.

Other tenants in the building include TD Bank, Morgan Stanley, CBS and Allianz and floor sizes range from 37,000 to 54,000 square feet. The Gershwin Theater and Circle in the Square Theater are also located in the building.

Paramount is also looking to refinance a 29-story, 786,647-square-foot office tower 31 West 52nd Street by the end of the year.

Representatives for Landesbank Baden-Württemberg, Landesbank Hessen-Thüringen Girozentrale, Deka Group and Wells Fargo did not immediately respond to inquiries. A representative for ING could not be reached.