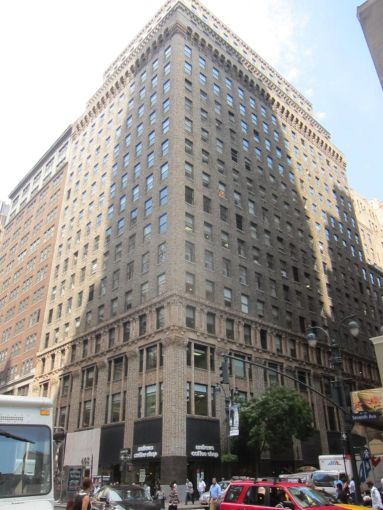 NewYork-Presbyterian Hospital has signed a deal to expand its administrative offices at 463 Seventh Avenue in the Garment District.

The hospital signed a lease for more than 10,000 square feet at the building between West 35th and West 36th Streets, according to a press release from Adams & Co., which represented both sides of the deal. That now provides NewYork-Presbyterian Hospital with more than 55,580 square feet at the 478,800-square-foot property. The expansion is for part of the 16th floor, a spokesman for the brokerage said.

NewYork-Presbyterian inked a 15-year deal, which had an asking rent of $54 per square foot, the release indicates. It has had financial operations based at the 22-story building since 2009, according to The Wall Street Journal, which first reported news of the deal. The hospital’s offices are currently on the 10th and the 14th floors of the building, according to CoStar Group. Commercial Observer reported in February 2010, that the hospital had expanded by 23,000 square feet at the structure.

“We are very proud of our relationship with NewYork-Presbyterian Hospital,” David Levy of Adams & Co., who represented both the tenant and the landlord, said in prepared remarks. “When another requirement for office space arose, our portfolio was a natural fit for them. The hospital seized the opportunity to take an additional 10,182 square feet at 463 Seventh Avenue as they’ve prospered in the Midtown location with access to all major transportation hubs.”

Additional office tenants at 463 Seventh Avenue include Gallery, The Doneger Group and Bernardo Fashions, according to Adams & Co. Retailers in the building include Federal Express, Woody’s Racquet and Tennis and Andrew’s Coffee Shop.