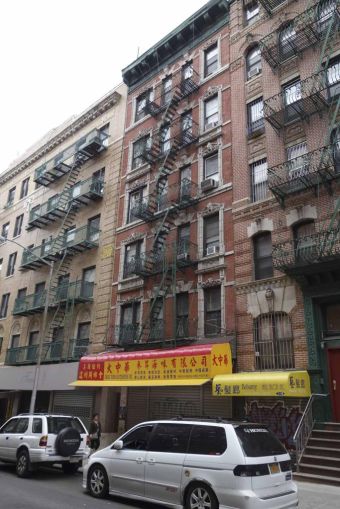 New York City Housing Preservation & Development has released its ninth annual list of delinquent residential buildings in the city, and the problems aren’t getting any better.

Violations of a “hazardous” or “immediately hazardous” nature, which include inadequate lighting in public areas, evidence of rodents, lead-based paint or lack of heat, hot water, electricity or gas, grew to 25,686 infractions in fiscal year 2016 from 25,188 in 2015. There were also 6,492 non-hazardous infractions at the buildings, up from 5,855 a year earlier, today’s list shows.

The owners of these properties owe the city a collective $980,000 for city-made emergency repairs. And HPD is engaged in 224 court cases against the owners of 138 buildings on the list, which known as the Alternative Enforcement Program.

To land on the list, the buildings have either 15 or more units with at least three hazardous violations issued per unit within the past five years, or the properties have between three and 14 units with more than five violations per unit. The purpose of the list is to force landlords to bring their properties to code. Owners that don’t address issues will receive hefty fines, which could become liens if they aren’t payed.

One Manhattan building that made the list is the 19-unit 90 Elizabeth Street between Grand and Hester Streets, where in December residents were rallying with neighborhood groups against landlord James Fong for construction-related harassment. Mr. Fong did not immediately return a request for comment.

The building has been hit with 109 HPD violations, including a defective fire escape, broken fixtures and wall tiles and missing window guards throughout, according to HPD’s database. It also has 16 open New York City Department of Buildings violations stemming from doing construction work without permits and failure to comply with building codes.

Four tenants at 90 Elizabeth Street sued Mr. Fong in Manhattan Civil Court last summer over negligence. The December 2015 settlement indicates that Mr. Fong has to make repairs to those units by June 30 and provide them each with a 10 percent monthly rent reduction until the same date.

“He has to honor that and make all the repairs,” Anita Wu of Manhattan Legal Services, who represented the tenants, told Commercial Observer, noting that the violations included rats and holes in the ceilings. If Mr. Fong fails to do the work, she said she will “bring him back on a motion for contempt.”

Also making the list is the 15-unit 412 West 46th Street between Ninth and 10th Avenues, owned by Highpoint Associates XII. It currently has 202 HPD violations, including a lack of gas for some apartments, broken door locks to other units and missing smoke detectors. A fire started in the building last year. In addition, the landlord is an illegal hotel operator at other New York City properties, DNAinfo previously reported. A Highpoint Associates XII representative did not return a request for comment.

And another bad-boy was 53 Ludlow Street, a 16-unit residential and commercial building which Sky Management purchased in June 2015 for $6.2 million. The property has 120 HPD violations, including mold, rodent problems and water leaks from ceilings. A spokeswoman for Sky Management did not immediately respond to requests for comment.

“No one should fear for the safety of their family or themselves in their own homes,” HPD Commissioner Vicki Been said in prepared remarks. “The Alternative Enforcement Program is one of many enforcement tools HPD uses to ensure that landlords and owners properly maintain their buildings for New York families.”