Five Reasons to Chill Out About the L Train Shutdown 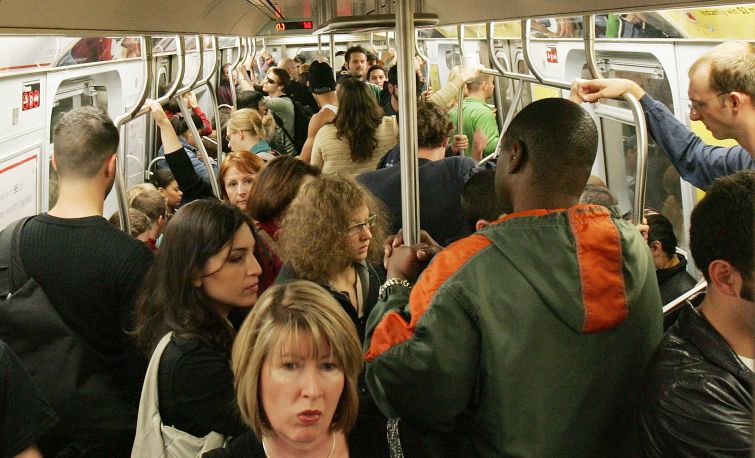 When the news broke last month that the Metropolitan Transportation Authority was toying with a massive shut down of the L train that could result in service disruption for three years at best (or no service for a full year, at worst) the collective response was fairly uniform: panic and hysteria.

For Williamsburg and Bushwick residents (and beyond), the L train and its promised seven-minute ride to Union Square were the reasons they moved to the area in the first place. For Manhattanites, it was their easy ticket to daytripping at hipster favorites like Roberta’s or Delaware and Hudson.

And, yes, we cannot deny that the prospective damage to local businesses might be great.

“We have gone through some shutdowns for weekends,” said Michael Ayoub, the owner of Fornino, a pizza restaurant just down the block from the Bedford L stop. “It’s pretty devastating. Business is off 40 percent when the train goes down.”

But uproar or not, the tunnels were seriously damaged from Superstorm Sandy and something has to be done about that.

“The Canarsie Tubes that carry the L between Brooklyn and Manhattan were inundated with millions of gallons of salt water during Sandy, which ate away at signals, rails, conduits and anything else made of metal and concrete,” an MTA spokesman told Commercial Observer via email. “It’s still safe to operate trains through them, but they need extensive repairs.”

Nothing has been decided as of yet, but it’s difficult to imagine the MTA letting the damage go unfixed forever. Gothamist was the first to speculate that the MTA could shut down train service in both tunnels for the Canarsie Line for a full year to restore them. Alternatively, it could have limited service in each direction for three years while working on the tunnels. Neither would be pleasant, but here are five reasons why people in Brooklyn should wait before reaching for the Xanax.

Locals will stay in Brooklyn.

“If the shutdown happens, I think [Williamsburg residents] are going to seek out what’s really going on around them,” said Shana Sokol, a marketing consultant for Brooklyn Oenology, a Williamsburg-based winery that has a tasting room a couple of blocks from the Bedford L.

Indeed, it’s not as though there aren’t many more people in Williamsburg and Bushwick than there were a decade ago, with an abundance of retail and nightlife options. So even with temporary access cut off from the L train to skyscraper city, more Brooklynites will probably stay in the borough on Saturday night. (And Manhattan tourists can keep their paws off.)

“While the L train was the main trigger and catalyst for these neighborhoods to develop in the last decade, it doesn’t mean that the potential change of the L train will have [a reverse effect],” Ofer Cohen, the president of commercial brokerage TerraCRG, told CO. “Once you reach a certain vibrancy in a marketplace, it’s going to be hard to dial it back.”

Not only will Brooklynites not go to Manhattan at night; they probably won’t go there in the day, either.

It’s entirely possible that more companies will allow employees to work from home and the home-office dynamic of Williamsburg will explode.

“Those few hundred thousand people that leave Brooklyn every day to Manhattan are looking to stay at home and the daytime populations in Williamsburg are going to swell,” Geoffrey Bailey of SCG Retail said. “And people, when they work, they go out and shop on their lunch break, and they go out and get drinks after work. From that perspective, it could be a very good thing for the area.”

Mr. Bailey is marketing 40,000 square feet of retail at The William Vale hotel and said that he is looking for businesses that would cater to the locals living there (er, not people coming from Manhattan). They don’t intend to change their tack because of a potential stoppage of the L train. Williamsburg and Bushwick have many boutique businesses that stand to benefit if more people stay in the local areas instead of going to Manhattan for services.

“I think there are enough things in this neighborhood to fill in the gaps for people,” said Tim Chung, a managing partner of the Bushwick bar, restaurant and movie theater Syndicated.

“I live in Brooklyn and I don’t venture off to the city unless I have to,” Mr. Chung added. “I think that there is such a wide diversity of things to do here. There is Brooklyn Bowl, the [Brooklyn] Brewery, the Nitehawk Cinema, all different types of restaurants and bars. You could go out and have a different type of experience every weekend.”

The commercial office market might get in on the act, too.

More employees working from home will also mean more companies will recognize that their employee base comes from Brooklyn. Why wouldn’t this have a positive effect on the Brooklyn office market, which is already seeing major investments?

“From the perspective of an office developer, I would say this is a great, great thing,” Mr. Bailey said. “I think it’s going to hasten the development of the Brooklyn office market. It might even help with some of the rezoning that is going on to convert some of the [manufacturing and industrial zoning] that could be utilized for office developments.”

Real estate prices might (God help us!) actually come down.

Fewer transportation options means less demand. And depending on how long the L train outage lasts, there could be a decline in residential rents, experts said.

“Certainly there’ll be some rent concession,” said John Horowitz, a vice president and regional manager in Brooklyn for Marcus & Millichap. “From the tenant [perspective] it’s good, from the owner it’s not so good.”

And although it’s less likely, people looking to purchase property in those areas might find those numbers could also flatten.

“Generally, real estate prices take time to adjust to outside events,” Mr. Horowitz said. “So I think people will wait and see what kind of an effect it will have. But if I am a buyer, I certainly have to use that. Prices could go down or they’ll stay flat. It will be a reaction to the rental demand.”

We’re issuing a challenge: Try to get on an L train at the Bedford Avenue stop at 8:30 a.m. on a weekday.

“You are not going to get on the first train that comes,” Mr. Chung warned.

The MTA has to fix issues with crowding, which members of the community find is a real problem, as well as its tunnels, to really revitalize the train. But resourceful Brooklynites have already found alternate routes.

“The Marcy Avenue stop [on the M train] is not that much farther” than the L, Ms. Sokol said. “There are other ways to get into Brooklyn.”

And the subway isn’t the only game in town. Many already know about a new thing called “a bus.” Or those two things dangling from your chair called “legs.” And there’s a still-untested but promising development called “taxis,” with the (probably untrue) legend of the Uber app.

“Everyone’s got Uber,” Mr. Chung said. “Almost every young person I know has a smartphone with a cab app. I hear customers all the time say ‘let’s take an Uber home.’ ”