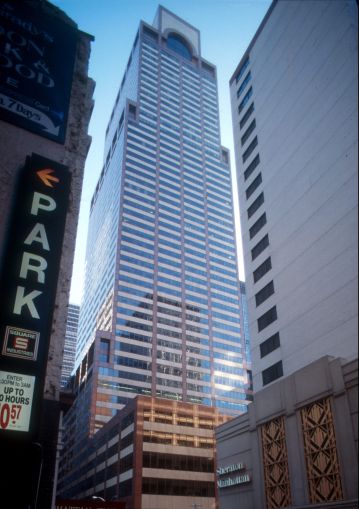 Deutsche Bank provided a $780 million first mortgage to CalPERS, the California pension fund that acquired 787 Seventh Avenue for $1.9 billion, according to documents filed with the New York City Department of Finance.

No further details of the financing were immediately available, nor was it clear whether or not the German banking giant would syndicate the loan.

CalPERS acquired the 54-story tower office between West 51st and West 52nd Streets from AXA Financial on Jan. 27, according to public records made available today. The French life insurance company acquired the building for $1.1 billion in June 2009.

Tenants at 787 Seventh Avenue include French bank BNP Paribas, UBS and law firm Sidley Austin. British fast-food chain Pret A Manger operates a 3,624-square-foot store at the base of the tower.

As Commercial Observer previously reported, AXA put 787 Seventh Avenue and the Equitable Building at 1285 Avenue of the Americas on the market, looking to fetch about $4 billion for the combined properties.

Updated: This story has updated to include a quote from CalPERS.