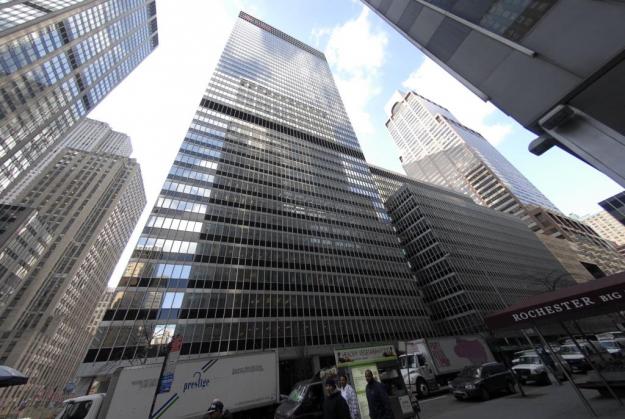 The Equitable Building at 1285 Avenue of the Americas. jhanasobserver

AXA Financial has put its 787 Seventh Avenue and the Equitable Building at 1285 Avenue of the Americas on the market and the likely price for the combined four-acre site is $4 billion, sources with knowledge of the listing told Commercial Observer.

The adjacent office buildings are between West 51st and West 52nd Streets and Avenue of the Americas and Seventh Avenue. They have been listed by an Eastdil Secured team led by Douglas Harmon and Adam Spies.

One source noted that they have been “institutionally owned for decades,” and would likely fetch around $4 billion because they have “institutional-quality tenants [with] high credit and the in-place market rents are significantly below market.”

The building at 787 Seventh Avenue is 100-percent AXA Financial-owned and is comprised of 1.7 million square feet spread over 54 stories. Built in 1985, the building is at 98.4 percent occupancy, according to CoStar. (AXA Financial is the American arm of French investment banking firm AXA.)

Equitable Building is a 1.7-million-square-foot, 42-story building with a 0 percent vacancy rate, one source said. AXA owns 50 percent of the building and J.P. Morgan Chase & Co. owns the other 50 percent.

“That’s a big number but somebody will pay that price,” that source said. “The reason people are selling today is because prices are crazy.”

Cushman & Wakefield’s Robert Knakal, who is not involved with the listing, said that people generally buy property to hold it or to sell it and make a profit.

“There are a lot of profits to be made given the way the market is reacting today,” Mr. Knakal said.

The Eastdil brokers didn’t respond to requests for comment, and a spokeswoman for AXA declined to comment.

Correction: Commercial Observer incorrectly cited CoStar data about 787 Seventh Avenue, saying the building is 98.4 vacant when it is 98.4 percent occupied.