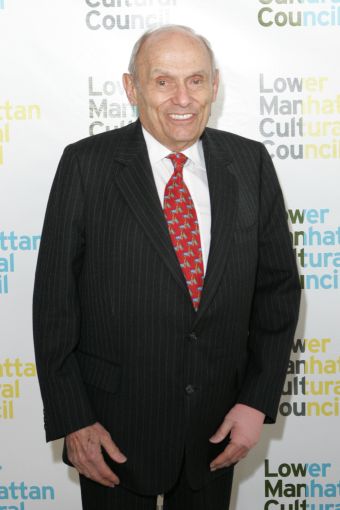 John Tishman, the longtime head of Tishman Realty and Construction and builder of such New York City properties as the Twin Towers and 666 Fifth Avenue, died over the weekend at his home in Westchester, N.Y. He was 90.

Tishman passed away as a result of respiratory failure, a family spokesman told The New York Times, which first reported news of his death.

Projects led by the family-owned Tishman Realty and Construction during Tishman’s tenure include the John Hancock Center in Chicago and Walt Disney World’s Epcot Center.

Tishman was also responsible for several projects for the Walt Disney Company in addition to the Epcot Center. The company was responsible for the conglomerate’s World Swan hotel in Orlando, Fla., during which Tishman had disputes with Disney Chairman Michael Eisner over the site and the company’s architects.

“John’s a true professional, who compromises when need be,” Mr. Eisner said in a 1994 Times profile of Tishman and his son, Daniel Tishman, who is now the vice chairman of Tishman, the spun-off ownership wing of the company (Tishman Construction Company is now owned by AECOM, of which Daniel Tishman is a board member).

John Tishman was born in New York City in 1926, the grandson of Tishman Realty and Construction Founder Julius Tishman. His father, Louis Tishman, died when Tishman was 4. By 1948, he had joined the family business, according to the Times.

Under his leadership, the company built and completed the Twin Towers at the World Trade Center in 1973—two of the country’s earliest skyscrapers that exceeded 100 stories. When two planes crashed into the Lower Manhattan buildings in September 2001, Tishman watched in shock and left the Midtown office without saying a word, according to the Times.

Tishman also built the 1.5-million-square-foot 666 Fifth Avenue between West 52nd and West 53rd Streets in 1957. The company ended up selling the Midtown office building after the firm initially dissolved in 1976. It was purchased in 2000 by Tishman Speyer, which was co-founded by Tishman’s cousin Robert Tishman. Tishman Speyer sold the building in 2006 for $1.8 billion to Kushner Companies, making it the highest single-asset sale in Manhattan at the time. (Jared Kushner, the CEO of Kushner Companies, is the publisher of Commercial Observer.)

After stepping down as CEO in 1996, Tishman became active in philanthropy, especially with fundraising and infrastructure for The New School. He served on the board of the Greenwich Village-based school since 1981, and chaired it from 1995 to 2001. For his work, the school named the Tishman Environment and Design Center after him in 2006, according to a press release issued this weekend in the wake of Tishman’s passing. The John L. Tishman Auditorium was named after him as well, and in 2011, Daniel Tishman announced a scholarship at The New School would be named for his father.

“My father’s affection for The New School has been one of the constants of his career,” Daniel Tishman said in 2011. “His role as a builder who understands the importance of sustainability inspired the creation of an award that will encourage generations of student creativity.”