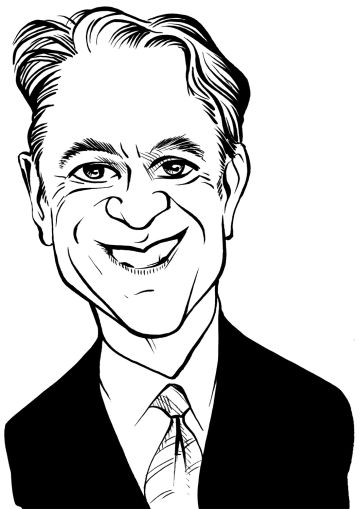 Last month, the president signed a promising tax and spending package into law, which extended some aspects of the tax law and tweaked others.

All of the 52 expiring federal tax code provisions were extended after having been passed by Congress and in turn signed into law by President Barack Obama; a majority of these changes are important to the real estate industry.

First and foremost, the final “tax extender” package included key measures that boost affordable housing, energy efficiency and leasehold improvements as well as reforms to the Foreign Investment in Real Property Tax Act, a 1980 federal law that requires foreigners to pay taxes on the gains from real estate sales in the U.S.

The new provisions roll back punitive tax laws that discourage foreign investment in domestic real estate and infrastructure. They are “the most significant reforms of FIRPTA since its enactment in 1980,” according to Real Estate Roundtable President and Chief Executive Officer Jeff DeBoer.

The key FIRPTA changes include lifting ownership restrictions on a foreigner who has an interest in a publicly traded domestic real estate investment trust, so as to avoid foreign tax implications upon a sale of stock or capital gains dividends. Currently, the limit is 5 percent; that ceiling has now been raised to 10 percent, allowing for more foreign investment in domestic real estate. These changes are generally effective after the date of enactment, which was Dec. 18, 2015. The law now fully exempts “qualified foreign pension funds” and entities owned by them from FIRPTA. Collectively, these changes are designed to remove the barriers to foreign investment in U.S. real estate.

Another positive aspect of the provisions is that the original 39-year depreciation for leasehold improvements was fixed at 15 years, reflecting the reality of the economic life cycle of the improvements. The 50 percent bonus depreciation provision and Section 179D of the code, a deduction for energy efficient commercial and multifamily buildings of four stories or more, has been extended for properties placed into service prior to Jan. 1, 2017.

Affordable housing developers and investors also received relief. One of several uncertainties facing developers and their financial partners in transactions financed via a low-income housing tax credit was the precise equity that can be generated by each dollar in federal low-income tax credits. Of course, some of this uncertainty is a result of basic market forces, including the demand by Community Reinvestment Act investors. However, there is another risk, which the federal government has now partially eliminated: the floor, or minimum tax credit rate, to investors. The values of the tax credits are determined for 70 percent (commonly known as 9 percent credit) and 30 percent present value (4 percent credit), both of which float based on a formula that fluctuates with federal borrowing rates. In end-of-year action, Congress has permanently fixed a minimum floor for the value of the 9 percent credits so that those who are awarded the credit can depend on it being worth the full 9 percent of eligible basis in a project.

Unfortunately, the efforts to extend the minimum 4 percent floor for LIHTC deals didn’t make the cut in the final bill signed by the president. Given the extraordinary demand for affordable housing production and preservation, it’s unfortunate that the 4 percent floor was allowed to expire. This will translate to fewer deals getting done and fewer families able to rent decent affordable units.

In related news, Congress extended the EB-5 visa program for 10 months in order to avoid a lapse and give policymakers in Washington the time to craft a long-term reform bill that addresses national security and fraud concerns as well as the needs of lower-income areas. The EB-5 program provides 10,000 visas per year to foreign investors who invest at least $500,000 in certain U.S. businesses.

Ultimately, the new law resolved a number of outstanding and important issues affecting the real estate industry. It provides the certainty that real estate investors crave and it sweeps away barriers to investment that will boost development and create jobs. There was a narrow political window prior to the start of the campaign silly season and this time Congress jumped through it.

Rick Lazio is a former U.S. congressman, partner of Jones Walker LLP and director of alliantgroup. He can be reached at rlazio@joneswalker.com.