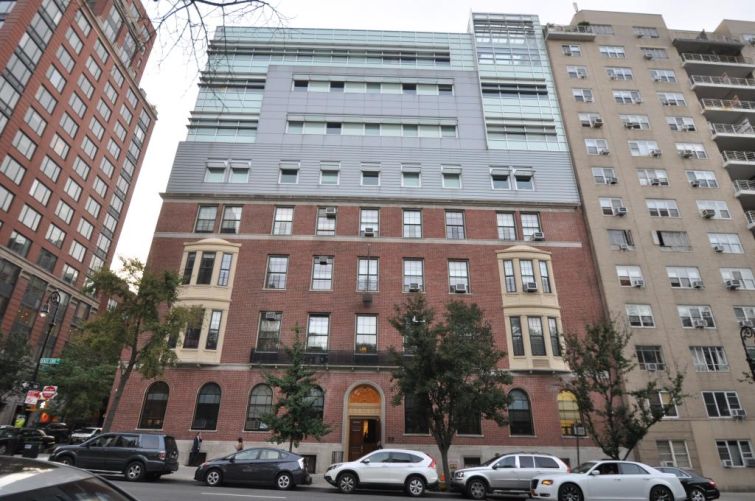 The elite Upper East Side all-girls institution The Chapin School is looking to issue $75 million in tax-exempt revenue bonds to help fund its pricey renovation project, according to public records.

The proceeds from the bonds will be used to help finance the $120 million renovation of the school’s existing eight-story, 132,000-square-foot facility at 100 East End Avenue on the northwest corner of East 84th Street. The independent not-for-profit has 770 students in kindergarten through 12th grade.

In addition to the bond sales, the school will get financing from a bridge loan, proceeds from a four- to six-year capital campaign and endowment funds, according to a Build NYC Resource Corporation project cost/benefit analysis. Build NYC Resource, an economic development unit administered by the New York City Economic Development Corporation, needs to approve the debt issuance and would receives fees for its involvement in the bond sales. The school’s request is subject to review at tomorrow’s Build NYC public hearing.

Chapin, founded as a primary school in 1901, is just the latest private school to look to issue bonds to finance campus construction. As Bloomberg News reported in July that The Brearley School, Riverdale Country School, Saint Ann’s School and La Scuola d’Italia Guglielmo Marconi all were approved to issue debt.

Chapin’s renovation plans call for the construction of a three-story addition for a new gymnasium and more space for performing arts programs, reconfiguration of space for more classrooms, an additional cafeteria, a maker/design studio for the robotics program and other science, technology, engineering and mathematics curriculum as well as a new nursing facility providing student care.

In the fall, the city’s Board of Standards and Appeals approved the three-story addition, extending the building up to 186 feet from 117. Construction commenced in May 2015 and is slated for completion by late-2018.

Chapin’s director of communications said: “I’m unable to comment at this time, as we are in the midst of the process.”