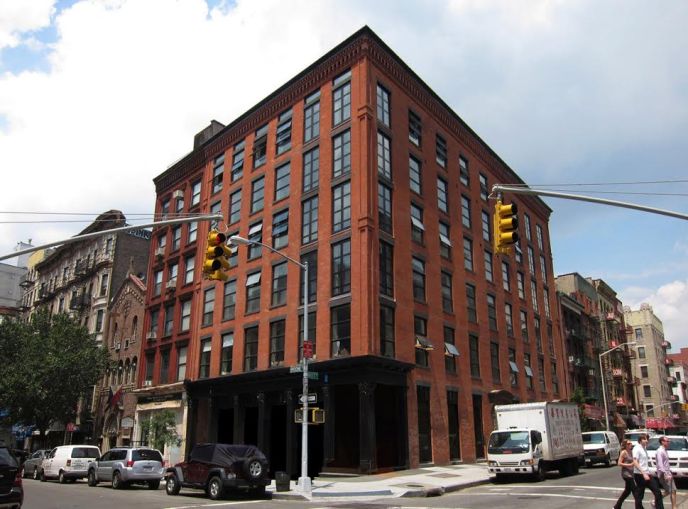 Grammy-winner John Legend won’t have to travel far to get a cup of coffee.

A technology cooperative and the popular Café Grumpy have signed separate deals at 177 Mott Street in Nolita, the former carriage shop-turned-residential condominium where the musician lives.

Coffee Labs, a consulting co-op, inked a 4,500-square-foot deal on the lower level of the building between Broome and Kenmare Streets, according to a press release from Eastern Consolidated. The lease is for 15 years, and the facility is expected to open in the next three months. Asking rent in the deal was $75 per square foot, according to the brokerage.

James Famularo of Eastern Consolidated said in the release that landlord Ross Morgan, who converted the old factory into a nine-unit condo building, had sought for several years to use the retail space as a two-level restaurant. But because he couldn’t get a liquor license from the local community board, he said, Mr. Morgan opted for to put three smaller retailers into the space, including the two new tenants as well as upscale furniture and home accessories store Altelier Courbet.

“After analyzing the space, we quickly determined that a restaurant wouldn’t be a viable option, so we reached out to different types of businesses and within a few weeks leased the two spaces to Café Grumpy and a consulting cooperative,” Mr. Famularo, who represented the landlord and both tenants, said in prepared remarks.

Brooklyn-based Café Grumpy is taking 800 square feet on the ground floor of the building, according to Eastern Consolidated. That lease is also for 15 years, and asking rent in the deal was $200 per square foot.

Mr. Legend and wife Chrissy Teigen own a one-bedroom apartment in the building, which the couple put up for sale last summer, real estate blog Curbed reported at the time. The couple’s pad had an asking price of $6.5 million.

Before becoming a residential building, 177 Mott Street was the Brewster & Co. carriage factory. President Abraham Lincoln, the Vanderbilts and financier J.P. Morgan were among the luxury carriage company’s customers.