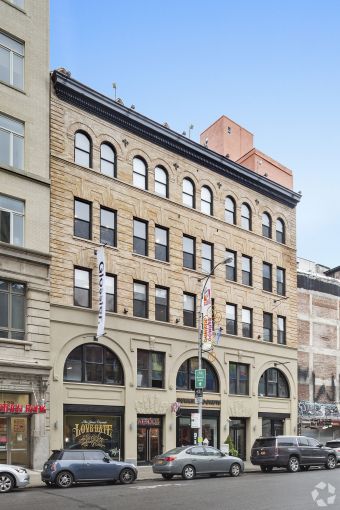 Larry Gluck’s Stellar Management has sold 123 Lafayette Street for more than three times the price it paid for the property about three years ago, according to Cushman & Wakefield, which handled the deal for the seller and the buyer.

The Manhattan-based landlord sold the six-story office and retail building for $33.5 million, but picked up the property between Howard and Canal Streets in 2013 for nearly $10.9 million. Stellar Management declined to comment on the transaction via a spokeswoman.

A C&W spokeswoman declined to reveal the identity of the purchaser, but a source with knowledge of the deal told Commercial Observer that it is real estate investment firm First Atlantic Capital.

A representative for First Atlantic Capital did not immediately return requests for comment.

The six-story, 21,916-square-foot building is 100 percent occupied and has a Dunkin’ Donuts and tattoo shop Love Hate Social Club on the ground floor. Marketing firm Mission Media and Into the Gloss, a website about beauty, featuring stories about stylists, models, makeup, skincare and hair care, are among tenants on the upper floors.