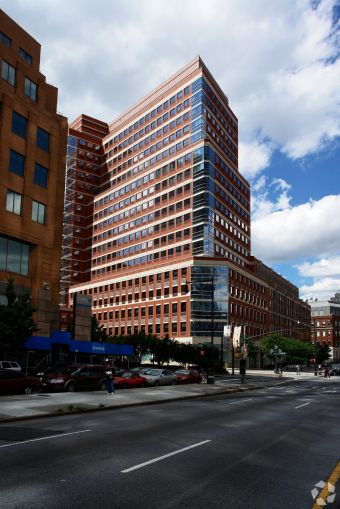 As more of its staff now lives in Brooklyn, digital magazine publisher The Slate Group is packing up and going to Kings County to be closer to them.

The Slate Group, parent company of daily online general-interest publication Slate, signed a five-year sublease for a 21,000-square-foot office in Forest City Realty Trust’s 15 MetroTech Center in Downtown Brooklyn. Spokeswomen for Slate and the landlord declined to provide the asking rent in the deal.

Obstacle course competition host Tough Mudder is the sublandlord of the eighth-floor space, which Farmigo, an online farmer’s marketplace startup, moved out of last year, as Commercial Observer previously reported.

“We’re following our staff—New York’s creative class no longer lives in Manhattan,” the Slate spokeswoman said via an email to CO.

Slate is relocating in April from its offices at 95 Morton Street between Greenwich and Washington Streets. Its new digs will have four new studios for its podcasting arm Panoply (up from two) and a video studio, according to Ad Age, which first reported news of the move. The company has just over 100 employees that will move into the new office, including interns, but it expects to fill the 128-seat digs by the end of the year.

“MetroTech Center is becoming the home of the creative class,” Ali Esmaeilzadeh, a senior vice president at Forest City, told CO. “We are seeing a lot of interest from tech and creative tenants, whose employees reside in Brooklyn.”

Creative and tech tenants tenants such as Spanish news publisher El Diario Publishing Company and 3D printing company MakerBot already have space at MetroTech Center. Brooklyn itself has been attracting media companies for a while. Vice Media has been in Williamsburg for more than a decade, and Time Inc. is moving 300 employees to Sunset Park’s Industry City complex, as CO previously reported.