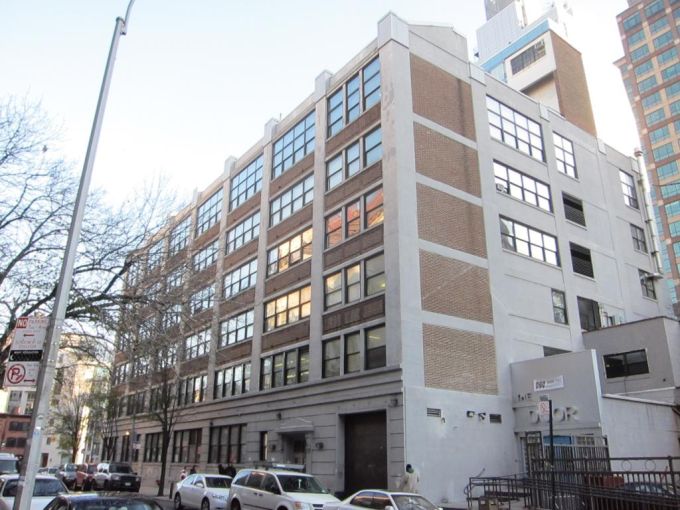 SHVO and its partners purchased a portion of the building at 555 Broome Street. Liam La Guerre

SHVO has paid $9 million for a portion of 555 Broome Street in the Hudson Square area which it will incorporate into a planned condominium tower on the block.

The purchase of the two-story annex will allow SHVO and partners Halpern Real Estate Ventures and Bizzi & Partners Development to expand their footprint for the proposed 25-story condo at 565 Broome Street between Varick Street and Avenue of the Americas, a source with knowledge of the deal confirmed to Commercial Observer. The seller was youth services nonprofit The Door, which owns 83 percent of the six-story office condo building attached to the annex and occupies the ground through fourth floors.

SHVO and its partners hope to construct a Renzo Piano-designed tower with 115 residential units, New York City Department of Buildings records filed in May 2015 show. The proposal is still pending approval, but includes a 260,000-square-foot building with more than 17,000 square feet of commercial space and a 750-square-foot community facility.

Including the annex, the developers paid a total of about $145 million for vacant land at 100 Varick Street, four apartment buildings at 58-64 Watts Street and 94,000 square feet of air rights from 555 Broome Street, also known as 121 Avenue of the Americas, the source said.

Michael Shvo, chief executive officer of SHVO, declined to comment on the 555 Broome Street annex sale, which closed on Dec. 21, according to property records published yesterday.

Launched in 1972, The Door provides health, tutoring, mental health and legal advice for children, as well as services for runaway and homeless minors. The nearly 200-employee organization will continue to operate its programs on-site.

“I happen to think that one way for nonprofits to have the opportunity to become more  financially secure is through [the real estate market],” Michael Zisser, The Door’s chief executive officer, told CO. “The Door has indirectly benefited from a strong real estate market.”