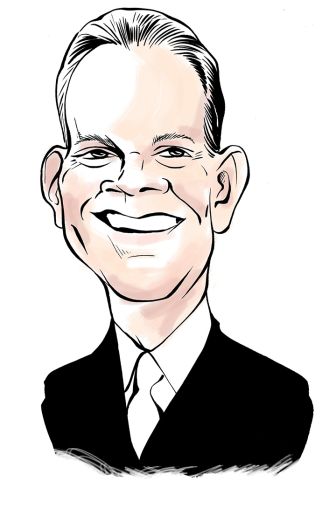 And the S&P 500 company’s director of property management and construction will make the city’s largest office landlord grow even bigger as 1 Vanderbilt rises in Midtown East.

Mr. Piccinich brings lessons he learned as the Port Authority of New York & New Jersey’s onetime head of operations at the original World Trade Center. He has also helped SL Green save millions in energy costs with eco-friendly building features.

The Real Estate Board of New York is giving Mr. Piccinich, 53, its George M. Brooker Management Executive of the Year Award for outstanding professionalism, civic achievement and contributions to the real industry in property management. Yet Mr. Piccinich credited the 140 white-collar and 1,000 blue-collar professionals who work for him for his success.

“I rave about them because I know how hard they work, what they consistently achieve and that they are the best and brightest in the industry,” he wrote in an email to Commercial Observer. “I make it a point to interview and hire every single person in my department and I know them each on a personal level.”

Mr. Piccinich joined SL Green in 2002 after his tenure at the Port Authority, where he started in the early 1990s as a tenant representative before climbing to the lead role at the 13-million-square-foot WTC complex. He was away on the West Coast at a meeting when the attacks of Sept. 11, 2001 unfolded, but he was right there when six people were killed in the terrorist bombing of 1993.

Neither of the tragic events has lessened his respect for the new WTC, Mr. Piccinich said.

“While the original site holds a very personal place in my heart, there’s no doubt that what currently stands Downtown is spectacular,” he said. “I was at the site in ’93, less than 100 feet from the blast and those who lost their lives were good friends of mine. It was a surreal experience.”

That difficult past will give way to a brighter future with the changes Mr. Piccinich’s team installed at SL Green’s properties. The company recycled over 3.2 million square feet of carpeting and ceiling tiles between 2007 and 2013, saving 1,086 tons of waste.

The federal Environmental Protection Agency gave SL Green a 2015 ENERGY STAR award, noting the company saves $13 million per year after a $35 million investment in features like the recycling program and LED lighting.

The company’s 1,500-foot-tall, 1.6-million-square-foot 1 Vanderbilt plan also won plaudits in the past year in the form of a rezoning approval by the City Council in May 2015. The project slated to soar next to Grand Central Terminal by 2020 will add 1,000 construction workers to Mr. Piccinich’s team and, he said, “We are already ramped up for the challenge.”

Mr. Piccinich is married with daughters Amy and Carly and a son named Derek. Amy, 27, works in J.P. Morgan Chase’s corporate real estate finance group, while Carly, 21, will take a position with BNP Paribas after she graduates Notre Dame University this spring, the proud father said. Derek, the youngest at 16, attends boarding school at The Lawrenceville School in New Jersey.

Mr. Piccinich, who just moved to the city after living in New Jersey his whole life, described himself as “53 years young.”

“I was fortunate enough to meet my soul mate, Roseanne, in high school. She is my best friend and biggest supporter and my favorite part of the day is coming home to her,” he said. “We have been married for over 30 years and have three beautiful children.”