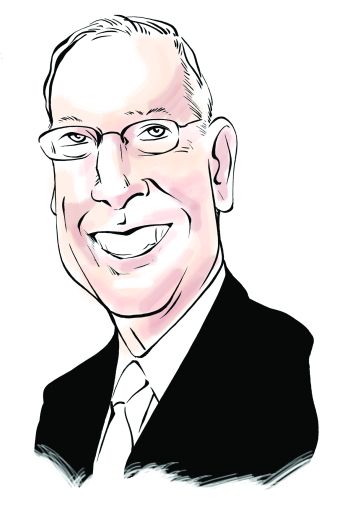 “It’s a good country, America. And it’s always good to give back.”

That’s how Douglaston Development Chairman Jeffrey Levine characterized his thoughts on giving back and advocating for those in need. So it’s fitting that Mr. Levine was named the recipient of the Kenneth R. Gerrety Humanitarian Award, which will be presented to him at this year’s gala.

Given every year since 1989, the award recognizes members of the Real Estate Board of New York who have done “outstanding service to the community.” Mr. Levine joins the ranks of 2005 winner Jeffrey Gural, the chairman of Newmark Grubb Knight Frank, 2008 recipient Jonathan Mechanic, the chairman of Fried, Frank, Harris, Shriver, & Jacobson’s real estate division and 2012’s Pamela Liebman, the president and chief executive officer of The Corcoran Group.

“I’m very honored to receive the humanitarian award,” Mr. Levine told Commercial Observer, adding that REBNY had traditionally been a charitable organization. “To be honored by this particular group is even more meaningful because of that.”

Mr. Levine, who grew up in Brooklyn and Queens, is currently on the board of governors at St. Mary’s Hospital for Children in Bayside, Queens. Mr. Levine was introduced to the center years ago through his friend and fellow developer Vincent Riso—a principal of The Briarwood Organization, which is also based in Bayside—and has been actively involved with the hospital for more than a decade. The hospital was important because it serviced families who might not otherwise be able to afford to have treatment for their children, Mr. Levine said.

“This is an organization that is so important for those children who don’t have many options for their birth defects that prevent their capacity to live a full life,” he said. “Very often the hospital is the last resort for people who may not be able to afford some of the well-known institutions.”

The developer is also the national president of the Jewish National Fund, a role he assumed three years ago. Mr. Levine said the organization’s purpose was to support all residents of Israel, should they be Jewish, Muslim or Christian.

“Being involved in the real estate industry in New York, very often philanthropy and Jewish philanthropy is front and center,” he said.

On the real estate side, Mr. Levine currently sits on the executive committee of REBNY, of which he’s been a member for 20 years. “At a personal level, having the opportunity to rub elbows with people of the stature of Daniel Brodsky, Burton Resnick and Leonard Litwin,” he said. “On a broader level…there’s no better place in New York City to meet and mingle with the professionals in our industry than the Real Estate Board.”

One of his company’s biggest projects is the 1.5-million-square-foot Edge, a mixed-use development on the Williamsburg waterfront in Brooklyn.

When asked why Mr. Levine set up his company in the far reaches of Queens, he explained it was where his family had been living when he graduated City College in 1975. He started the company in 1979 while living on the border of Douglaston and Little Neck, Queens.

“Little Neck didn’t sound as sexy as Douglaston,” he said, referring to his company’s name.