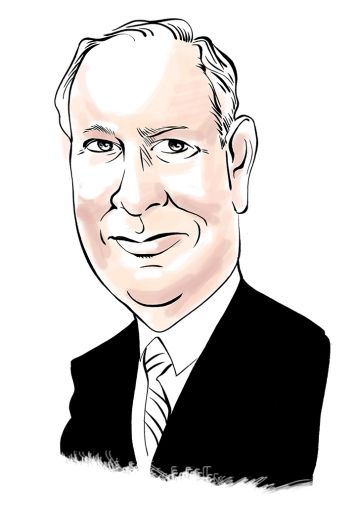 Daniel Brodsky, a 71-year-old managing partner of The Brodsky Organization, has been a prominent member of the Manhattan real estate community for nearly half a century.

His company, which Mr. Brodsky founded with his father Nathan in 1971, manages more than 6,500 residential units, not to mention hundreds of thousands of square feet of retail and office space in Manhattan.

Besides his real estate endeavors, Mr. Brodsky has had a huge influence on the arts and sciences in New York City for decades. He has been the chairman of the Metropolitan Museum of Art’s board of directors since 2011, a board member for the New York City Ballet for 16 years and he is a former trustee of the American Museum of Natural History. During the Bloomberg administration he was also on the city’s Cultural Affairs Advisory Commission, an advocacy body that consults the mayor and cultural affairs commissioner.

“I feel that we are very privileged to live in New York City,” Mr. Brodsky told Commercial Observer. “A strong city is credited by strong institutions, strong art institutions—strong cultural institutions like the Met, like the ballet, like Lincoln Center—and like the parks that we have. My business in real estate is really dependent on that.”

Mr. Brodsky has been married to his wife Estrellita for about 40 years; the couple has three children, Thomas, Alexander and Katy. While Thomas and Alexander, as well as their cousin Dean Amro, help manage The Brodsky Organization, Katy is a lawyer.

A graduate of the University of Pennsylvania (class of ’66), who also earned his master’s degree in urban planning at New York University in 1968, Mr. Brodsky has encouraged the expansion of the Met within the past two decades.

Before becoming the Met’s chairman, he chaired the museum’s real estate council and started an annual fundraising dinner that has raised more than $20 million in nearly 20 years. He was also a big supporter of the recent revitalization of the museum’s 70,000-square-foot public plaza and the Met’s current plan to reconstruct its southwest wing.

In honor of all this support and his real estate legacy, Mr. Brodsky will receive the Harry B. Helmsley Distinguished New Yorker Award at the Real Estate Board of New York’s annual banquet on Jan. 21.

“I think it’s always nice to be honored by the Real Estate Board [of New York], and particularly for my community service and other things that I do outside of the real estate industry,” Mr. Brodsky said.

On the real estate front, the firm is finishing construction on 400 West 113th Street, a 430-rental building near Columbia University.

Also, the Brodsky Organization ventured to the outer boroughs for the first time after five decades of exclusively building in Manhattan. It has nearly completed erecting a 438-unit rental tower at 336 Flatbush Avenue Extension, which is part of the Downtown Brooklyn mixed-use complex City Point.