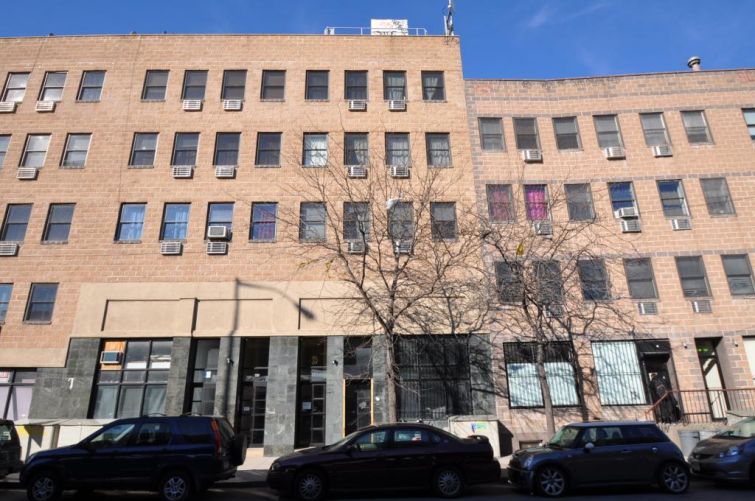 Imagine a lender provides a mortgage to pay off financing from that same institution. Now imagine finding that out shortly before closing the new loan.

The alleged fraud dates back to December 2011, when MRC purchased seven defaulted mortgage notes from New York Community Bank, according to an affidavit from Sylvester Smolarczyk, who represented himself and his father in the lawsuit.

Those notes were valued at more than $11 million, but sold for a discounted $7 million, one person with intimate knowledge of the matter told Commercial Observer on the condition of anonymity. New York City public records show that the mortgages were reassigned to MRC on Dec. 6, 2011, making Mr. Zegen’s firm the new debt holder.

“Madison and Zegen [were] in fact engaging in some form of predatory lending,” Mr. Smolarczyk’s legal statement claims.

Mr. Smolarczyk claimed in his affidavit that Vincent Giovinco, a senior vice president at NYCB, had told him and his father that MRC purchased the notes from the bank at such a discount by “means of bribery.”

Mr. Zegen’s firm acquired “these (7) notes by unlawful means with the bank’s aid with the intentions of executing a full-fledged land grab or worst case cash in on a significant profit to be made from the default interest per diem,” according to the affidavit. It was unclear how MRC allegedly bribed the bank.

NYCB does not comment on litigation matters, a spokesman for the bank told CO. Mr. Smolarczyk and a representative for Mr. Zegen declined to comment. Mr. Giovinco did not respond to inquiries.

Mr. Smolarczyk noted in his legal statement that MRC filed to foreclose on the loans that the firm had acquired. But Mr. Zegen wrote in his own affidavit last month that due to the plaintiffs’ default, “New York Community Bank had elected to call due the entire unpaid principal balance.”

The judge deemed the foreclosure motion “moot,” according to court records from June 2013, after which Mr. Smolarczyk claimed that he and his father were strong-armed into forbearance agreements with “exuberant amounts of both default interest and per diem being piled on daily.”

As interest continued to accrue, Mr. Smolarczyk noted that he and his father “began to focus on financing their entire portfolio,” which also included three other buildings on Meeker Avenue. The plaintiffs then decided to take out more debt to repay the notes held by MRC and closed two bridge loans in the amount of $13.2 million and $1.8 million on Nov. 4, 2013.

Messrs. Failla and Bell did not respond to requests for comment.

Mr. Smolarczyk’s affidavit states that CLS claimed to be the lender when in fact Madison Realty Capital was—meaning that the new debt would come from the same exact lender that the developers owed money to.

“Only after the fact that the term sheet was executed by the plaintiffs, CLS disclosed that their so-called investors were in fact Madison and Zegen who would be providing the capital,” Mr. Smolarczyk alleged.

The plaintiff recalled that “CLS had joked by asking if it wasn’t going to be a problem to secure financing through their so-called investors…due to the fact that part of the capital would be used to pay off (7) mortgage notes held by the same investors.”

Mr. Smolarczyk added that he and his father felt pressed for time and decided to close regardless. CLS emphasized the importance of a quick closing time in favor of “an attractive 10.75 percent rate and guaranteed funding by their so called investors,” he noted.

That set off another abnormal series of events. No one from Madison Realty Capital showed up to the closing and the plaintiffs did not receive the final signed loan documents until several months later, Mr. Smolarczyk’s affidavit states.

After making the first interest payment on the new bridge loan, Mr. Smolarczyk began looking into selling four of the 10 properties, while seeking a permanent loan to refinance the debt from MRC. The plaintiffs requested to exercise an initial six-month extension option and alleged that Mr. Zegen’s firm stalled the process and added on a 1 percent late fee for the request.

The plaintiffs later reviewed the closing documents with an attorney and found terms they had not seen prior, including a provision that guaranteed “large amounts” owed to the lender if any properties were sold, according to Mr. Smolarczyk’s affidavit.

The developers continued to seek refinancing and came close to securing a Freddie Mac loan from Prudential Mortgage Capital Company. After Prudential’s attorney reviewed the terms of the bridge financing, the insurance giant declined to go forward as a result of MRC’s first right of refusal, according to Mr. Smolarczyk’s legal statement. A similar problem occurred with another unnamed lender, which led him and his father to file the $150 million lawsuit.

But Mr. Zegen paints a different picture in his affidavit.

When his firm provided Mr. Smolarczyk and his father with the $15 million bridge financing on Nov. 4, 2013, the plaintiffs were aware of MRC’s identity as the lender, Mr. Zegen stated in his written account of the events. He made no mention of Mr. Failla of Failla Funding or Mr. Bell of CLS.

Mr. Zegen submitted evidence of an email to the plaintiffs’ attorney, dated Oct. 15, 2013, which included unsigned, drafted mortgage agreements. Mr. Bell was included as a recipient on that email.

This is not the first time MRC has been sued by a borrower. In 2009, Arthur Wood, a New York-based artist, filed a lawsuit against Mr. Zegen’s firm over a $4 million loan for a residential property he was co-developing with local developer Shahn Anderson at 4 Downing Street in Clinton Hill, Brooklyn.

The lawsuit ended in MRC’s foreclosure on the property, which another developer, Barrett Design, picked up for $2 million, the New York Daily News reported in March 2013.

The Smolarczyks’ entire 10-property real estate portfolio is now at risk, the person in the know told CO.

Mr. Zegen’s lawyers filed a motion on Dec. 15, 2015, to dismiss the suit and the plaintiffs are waiting to hear back on their request for a trial by jury, according to the court documents. The case has been adjourned until March 2016.