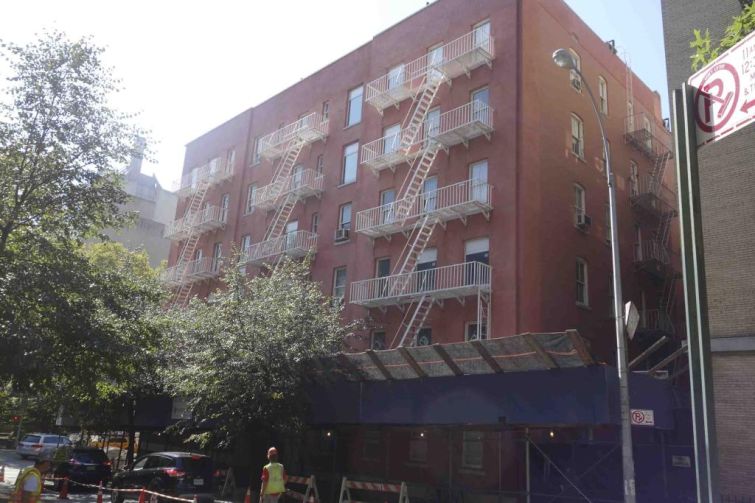 A state judge has ruled against a landlord who has long claimed his Upper East Side buildings should be de-landmarked so he could turn a higher profit.

Stahl Real Estate sued the Landmarks Preservation Commission more than a year ago over a “hardship denial” to tear down his landmarked buildings 429 East 64th Street and 430 East 65th Street, both between York and First Avenues, because it they weren’t making a high enough profit, according to a press release from Friends of the Upper East Side Historic Districts, which fought against the proposed demolition.

State Supreme Court Judge Michael Stallman ruled on Tuesday that the plaintiff failed to prove LPC had broken any laws by denying the landlord’s application. In effect, the buildings will remain landmarked.

“Stahl has not set forth a cause of action for an unconstitutional taking and thus has no viable claim either for money damages, costs or attorneys’ fees,” Mr. Stallman wrote in his decision.

The judge added that part of the hardship was caused by the landlord sitting on 100 vacant apartments by refusing to rent them out, according to the New York Daily News, which first reported news of the decision. The landlords have brought similar cases against the LPC in the last 30 years in bids to replace the properties with new structures, the News noted.

A woman who answered the phone for Stahl deferred media requests to an outside company, but declined to provide the name of the firm.

“The commission is pleased with the decision, which dismissed the complaint in its entirety,” an LPC spokeswoman said in a statement. “The court properly found that the commission’s lengthy determination denying the owner’s hardship application was rational and based on the record, and that the denial of the hardship application did not constitute a taking of private property without compensation.”

The trouble started more than five years ago when the landlord filed a hardship application with the LPC to demolish the mostly rent-regulated buildings, claiming the pair of six-story walk-ups were not turning a good enough profit and losing about $1 million per year, as The New York Times reported at the time. A hardship is defined as not generating a 6 percent profit, according to the release.

Stahl bought the buildings from Rockefeller University, which is across the street, in 1977, property records show.

Friends of the Upper East Side Historic Districts had filed a brief to support the LPC. In 2013, the group had also argued against the proposed demolition at a LPC hearing on the hardship application, as Commercial Observer previously reported. Stahl argued it couldn’t achieve average rents of $600 per month at the buildings, even after a $4 million renovation of the buildings, which at the time had units dedicated to middle-income and senior housing. The neighborhood group, however, conducted a report with HR&A Advisors that argued the landlord could get rents of up to $1,500 per month.

“[The landlord] has exhausted nearly every possible legal avenue related to this issue, but the LPC decision preventing the organization from tearing down these two historic structures has been upheld,” said Rachel Levy, the group’s executive director, said in prepared remarks following today’s ruling. “We will continue to fight against the landlord’s efforts to demolish the First Avenue Estate.”