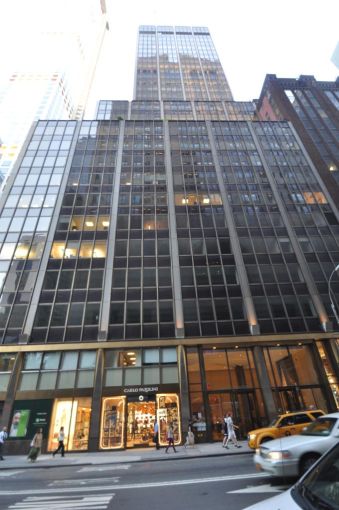 Bulgari has signed a 23,167-square-foot lease to relocate its offices to 555 Madison Avenue, also known as The Coates Building.

The high-end Italian jeweler will occupy the entire ninth floor of the property between East 56th and East 55th Streets through the 15-year lease, according to a press release from Cushman & Wakefield.

Bulgari is moving its offices from three blocks north at 625 Madison Avenue between East 58th and East 59th Streets. The asking rent in the deal was $67 per square foot, according to The New York Post, which first reported news of the lease.

Michael Goldman of Savills Studley, who represented Bulgari in the deal, did not immediately return a request for comment via a spokeswoman. C&W’s Robert Baraf, Mark Mandell and Ethan Silverstein handled negotiations for the landlord, the Coates family.

“It’s been exciting to see this first-class property steadily reach a point of critical mass in attracting top names in design and fashion,” Mr. Baraf said in a prepared statement. “The Coates family takes great pride in this building, and its tenants appreciate the family’s commitment to quality and service.”