Has New York’s Condo Mania Gone Through the Roof? 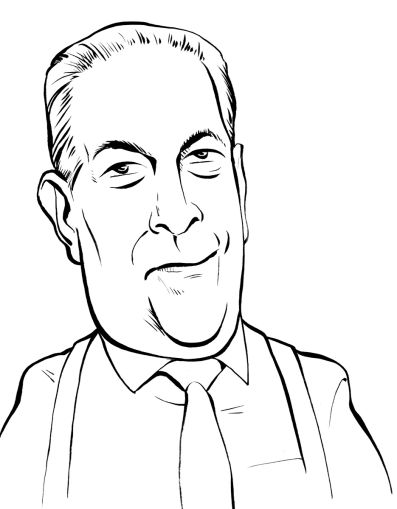 In order to purchase a small affordable condo in the Big Apple, potential buyers need to pay about $1.5 million to $3 million—before closing fees—with a required minimum down payment of roughly 20 percent.

That might sound like an opportunity for only a select group of buyers. Nevertheless, when you walk around the city, you can see plenty of once-vacant lots being turned into massive condo developments. In turn, one may start to question how developers get their figures. It all goes back to the lenders..

Based upon current calculations—with the price of residential land at the low end of $500 per developable square foot and gross construction costs running an additional $500 to $600 per foot, in addition to soft costs for interest and carry—the price of a condo development now runs in the $1,600-per-square-foot ballpark.

With those prices in mind, most lenders prefer to limit their risk to 65 percent of the total project cost (usually a range of $1,040 to $1,100 per square foot). Now that we understand the basics of the equation, before seeking the assistance of Bravo TV’s Million Dollar Listing, let’s look at the lenders that are interested in financing New York’s pricey condo market.

With the Federal Reserve requiring large banks to hold an additional layer of capital to protect against losses, a number of financial firms have tightened the reins on their commercial and residential real estate lending.

Considering those capital requirements, coupled with the reality that it is taking longer to sell the current inventory of condo units on the market (as the press recently reported about 50 United Nations Plaza and other developments), credit committees at most banks are watching very closely when they commit to financing a new condo project.

The general consensus among lenders is cautious optimism. Well-priced condo units—which offer the purchaser the benefits of a 421a tax abatement—and well-capitalized developers with proven track records are the two main incentives to take such a risk.

On the flip side, inexperienced developers with limited capital and professional experience in the market find it hard to secure financing from the commercial and savings banks. In many instances, these newer developers often have to secure mezzanine debt or preferred equity through direct lenders and crowdfunding platforms and accrue interest at rates of 10 to 12 percent, as a result.

Construction financing, which might be available to a more established developer at a price of Libor plus 250 to 375 basis points, will often be priced much higher for others. In many instances, the less experienced developer can only secure financing from private equity and non-bank lenders that charge rates as high as 15 percent.

Meridian Capital Group Senior Managing Director Ronnie Levine told me in a recent conversation on the topic that “the major money center banks will continue to lend on condominiums for very selective and seasoned developers.”

He added: “These lenders are staying away from super-luxury high-end condominiums, which have the perception of very pricey, speculative developments.”

Paulo Garcia, a senior vice president and regional manager of commercial real estate at Mercantil Commercebank, said, “We will entertain requests for condominium development in emerging neighborhoods with established developers where the selling price ranges from $1,000 to $1,600 per square foot.”

While certain banks continue to pursue condo construction deals, some of the region’s most active lenders in the rent-regulated multifamily arena have stayed away from this asset class.

Lenders including Signature Bank, New York Community Bank, Dime Savings Bank of Williamsburgh, Peoples United Bank and Bank United have stayed on the sidelines for most forms of condo construction. Many of those banks remember the market collapse of 2008 and they know that condo financing can be tricky and dangerous.

Nevertheless, for loans with leverage below 70 percent, condo financing remains available from Bank of the Ozarks, Investors Bank, M&T Bank, Capital One, Popular Community Bank and Santander, among other institutions.

All said, one of the biggest hurdles for lenders when it comes to “affordable luxury” and “ultra-luxury” condo projects is the potential risk of too much inventory coming to market over the next 12 to 18 months.

One senior lender who asked to remain anonymous said, “Many potential purchasers for new product have too many options, resulting in a glut of high-priced condominiums to flood the market.”