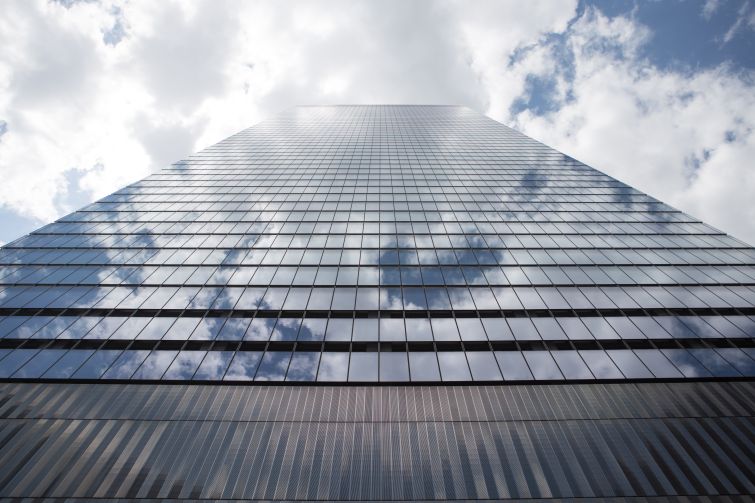 New York City’s iconic skyline today is dramatically different than in previous decades, as many glass skyscrapers have shot up among the classic towers.

The all-glass behemoths include the Time Warner Center, the Bank of America Tower, 1 World Trade Center and One57, and there are many more, like Manhattan West, 50 West Street and Related Companies’ properties at Hudson Yards on the horizon.

The explosion of the transparent towers stems from an increased demand for the sleek, modern look of glass and breathtaking views the material allows, as Commercial Observer previously reported. But with a shortage of glass supply manufactured by float plants, real estate developers are facing soaring costs—a 25 to 50 percent increase in the price of glass from 2008, according to one industry professional—leading some developers to look for the product overseas, while others are getting into the glass fabrication business themselves.

“In the downturn of 2008, a lot of the float facilities were taken off-line,” Matthew Kraus, a senior vice president at Bronx-based fabricator Skyline Windows, told CO. “The combination of increased demand [today] and less supply has resulted in increased prices and longer lead times.”

Mr. Kraus is referring to the fact that many float plants closed during the recession as construction screeched to a halt. There were more than 30 facilities nationwide before the downturn, and today there are just 21, according to Nicole Harris, president of the Virginia-based National Glass Association. Float plants are massive 24/7 facilities that heat sand and other materials (see sidebar) to more than 2,000 degrees Fahrenheit to turn them into glass.

Crystal Window & Door Systems, a Queens-based national glass designer and fabricator that acquires flat glass from float plant producers, found that prices to buy glass increased 6 percent in 2014 and 10 percent in 2015, according to the company’s spokesman, Bob Nyman. He added that company executives expect an 8 percent rise this year. However, Crystal Window & Door Systems does not plan to pass the additional costs on to its customers, who are individuals and developers.

“We are absorbing it and changing our automating process,” said Mr. Nyman, whose business has increased with the rising demand. “We are getting these price increases and we expect more, but we are going to handle these as best as we can.”

Many are hopeful that more float plants will come online within the next few years, but for now, some companies are looking for solutions besides watching and waiting. They have searched outside of the U.S. to get substances for their curtain wall system, the outer glass covering of a building.

“[For our] curtain wall—generally lately we have been buying from China,” Oskar Brecher, an executive vice president at The Moinian Group, said on a Manhattan construction trends panel in late November. “We really scour the world. It’s really a worldwide economy and if you work it judiciously, you may get some savings.”

While glass from China is less expensive, importing glass isn’t always easier, since it has to be shipped overseas in containers and it takes longer to reach project sites.

“There are some complicated issues you have to deal with in terms of transportation and scheduling,” Mr. Brecher said.

But foreign glass sources aren’t the only option. Last year, Related started New Hudson Facades, a design and manufacturing company of curtain wall systems. New Hudson Facades has primarily been focused on designing curtain walls for Related’s Hudson Yards buildings. And R. Donahue Peebles, the founder and chief executive officer of the Peebles Corporation, is hoping to own a glass facility.

“We are looking at a glass fabricator to buy in Maryland,” Mr. Peebles said in a recent interview with CO. “It will help us control our schedule, but also make us a profit, because it is a related business to real estate and it’s driven by real estate and there is a need for glass.”