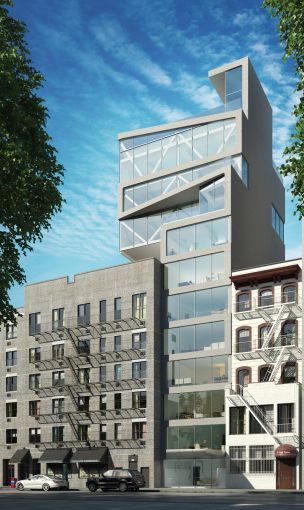 B+B Capital, the owner of a development site on West 14th Street, has sold the 24,000-buildable-square-foot property to construction services company, Pizzarotti IBC, for $23 million, Commercial Observer has learned.

“With its price of $958 per buildable square foot being notably higher than local average of $720 and with its value nearly tripled from a 2014 acquisition value of $7.5 million [from Church of Our Lady of Guadalupe], the sale of 251 West 14th Street underscores the market’s continued, aggressive demand for Manhattan development opportunities,” Howard Raber of Ariel Property Advisors said. He along with colleagues Shimon Shkury, Jesse Deutch, Randy Modell and Victor Sozio represented the seller in the deal, which closed on Jan. 14.

Pizzarotti IBC plans to continue with B+B’s condominium plans, designed by ODA Architecture, for the site between Seventh and Eighth Avenues. The completed 11-story development is expected to feature full-floor units ranging in size from 1,700 square feet to 2,500 square feet including a duplex at the top. Thomas Stein of Nest Seekers International, who procured the buyer, said the firm is debating which architect to use on the project.

The site is home to a vacant 8,250-square-foot four-story building. B+B bought that site, which included 6,800 square feet of as-of-right air rights, Mr. Raber said, and then B+B “secured air rights [last year] from next door that allowed them to move forward with this kind of project.” B+B, he added, “also gave value here.” Those additional air rights, which amount to just under 9,000 square feet, came from 253-257 West 14th Street, in 2015.

Pizzarotti, which merged with IBC construction company about a year, is the biggest developer in Italy and the fourth largest in Europe, Mr. Stein noted.

This is the second New York City project for Pizzarotti IBC, the broker said. The firm is partnering with Madison Equities to erect a 65-story condominium at 45 Broad Street, as The Real Deal reported in October 2015.